You might be familiar with the soulful voice of Ricardo Rocstarr Williams and, if so, it’s because he was part of popular UK gospel group, The Company, and performed on their critically acclaimed album, ‘The Lost Code’. Born and bred in London, Mr Williams is now Birmingham-based, and is currently working on his own album, ‘The Show’, which is the second of a three-part album series. Ricardo has been singing since the age of seven, and started writing songs at the young age of 12. As he got older, his vocal skills were honed in the church, and he gleaned inspiration from a host of artists, including Fred Hammond, Commissioned, Tank and Dave Hollister. In the run-up to the release of ‘The Show’, Ricardo is set to be very busy during Black History Month. He’s due to perform at Birmingham’s iconic The Jam House on October 8, and at Sunday Night Live, in association with Starbucks, on October 19. And, on November 1, he’ll be a support artist at a concert featuring gospel music star and Sunday Best judge, Kierra Kiki Sheard. The future looks bright for this talented artist and, more importantly, you’ll get to see him on show. 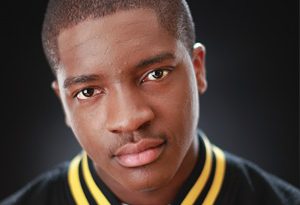 Time2Shine Talent Quest Is Back