In the run-up to its recent 10th anniversary celebrations, Tottenham-based church, Kingdom Life Ministries (KLM), embarked on a £600,000 fundraising initiative, entitled ‘Raise the Roof’, to fund community initiatives it plans to launch in 2015.

Fundraising activities undertaken by KLM included a sponsored praise walk and a sponsored slim. Upon reaching its target, some of the projects that KLM will fund include: English language (ESOL) classes for local residents; a support group for Black women experiencing or recovering from domestic abuse, a homework club and Saturday tuition school.

KLM, which attracts over 400 people to its Sunday services, was founded by Ghanaian-born minister, Bishop EO Ansah. He stated, “Kingdom Life Ministries is committed to sharing the Gospel in a way that is relevant; that’s why we believe we’ve been successful in reaching so many people and touching so many lives.”

He continued, “I’m excited that, as KLM’s 10th anniversary celebrations approached, our members embarked on a campaign to raise funds to finance social projects we want to establish to serve the people of Tottenham and beyond.  We aim to be a blessing, as we fulfil Christ’s mandate to share the Gospel in both word and deed, and hope that Christians from London’s diverse churches, as well as members of the local community, will support us.” 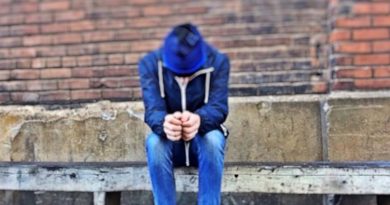