Rev Wale Hudson-Roberts looks at the issue of assisted dying from both sides, and says that this is a conversation that Christians must engage with

Some experiences are etched in my memory, such as this one: Paul and I were invulnerable, so we thought, determined to make the most of our young lives, so we played and explored hard. Circumstances forced us to live in different parts of the country, but this was no big deal, for we kept in regular contact. It did mean that face-to-face encounters were somewhat infrequent, so I was surprised when, after a knock on the door, I saw Paul outside my home on a cold winter’s night.  Knowing something was up, we sojourned to a cafe to drink, eat and talk. The more we spoke, the more I noticed Paul’s discomfort with his body, or his body’s discomfort with Paul.  I asked him if he was OK, to which he responded by blurting out the words, ‘motor neurone disease’. The tone of his voice and his body language suggested that he was feeling overwhelmed.  “The bottom line, Paul, the bottom line,” I requested, as I struggled to make sense of his opaque comments attempting to describe his condition, to which he eventually retorted, “The nerves of my spine and brain will progressively lose function, and intense bouts of muscle pains and cramps associated with slurred and sometimes garbled speech, jaw pain, dementia, paralysis and death, will soon be my lot in life.” I got the bottom line: it was his death.

I wondered how Paul was going to cope with the shadow of death lingering over him. My question was answered; Paul wished for his family to assist his dying. He felt unable to live with the unrelenting pain. Assisted death, he felt, was the best of all options. An early death, assisted by another, is what he desired most of all.

The controversy surrounding assisted dying has recently been forced into the headlines by former Lord Chancellor Charles Falconer. He proposed that doctors prescribe a lethal dose to patients judged to have less than six months to live. The Bill maintains that, for the terminally ill, assisted dying grants the right to die with dignity, and at a time of one’s own choosing. Those who have kept a watchful eye on the Bill’s travel appreciate that opposition to the Bill was by no means universal among faith group leaders. Desmond Tutu, Rabbi Jonathan Romain and Lord Carey each support the Bill, and as for the Bishop of Buckingham, he has become the first serving Church of England bishop to declare his support. Those who oppose the Bill are more than those in favour of it. The Church of England’s General Synod rejects the Bill and calls for a Royal Commission. On a personal note, I fully understand the Synod’s concerns. For, despite having walked with Paul through the valley of death and listened to his frequent cries for assisted death, I would still be deeply concerned if the Bill became law.

Allow me to explain my reasons.

Firstly, a change in the law would more than likely put vulnerable individuals at risk. Currently, more than 300,000 vulnerable elderly people suffer abuse each year in England, with a further 100,000 suffering neglect. In nearly half of all incidents, close family members are involved, with financial gain being the primary motive in a quarter of all cases. It would be naive to think that a law allowing assisted dying would not be used to put pressure on unscrupulous individuals.

There is also the slippery slope argument.  The experience of the Netherlands suggests that arguments that were advanced to allow assisted suicide also applied to voluntary and then to involuntary euthanasia and, eventually, in exceptional circumstances, to infants.

Finally, there are strong theological arguments.  It was St Augustine who developed arguments against suicide in the 5th century.  He argued that suicide disobeyed the scriptural commandment not to kill. Only a divine command, as in the case of Samson pulling the temple of the Philistines down on his own as well as their heads, could justify suicide; and Augustine did not support the exception made by some of his predecessors, that Christian women in times of persecution were justified in killing themselves to avoid being raped. Aquinas, yet another theologian some eight centuries after St Augustine, argued against assisted suicide for three reasons: it injured the community to which the suicide belonged; life was a gift from God, and suicide was contrary to natural law.

Evidence demonstrates that the vast majority of the public support assisted dying for terminally ill people in specific circumstances. The 2007 BSA survey found that 75 per cent of people with a disability believed that a person with a terminal and painful illness from which they will die, should be allowed an assisted death. A 2013 YouGov survey found that 78% of those who attended a place of worship at least once a month supported assisted dying, and 62% of people who identified strongly as belonging to a religion supported the legislation of assisted dying for terminally ill adults with limited mental capacity.

These facts demonstrate that assisted dying is a societal concern, and that people are talking about it.  No one likes to talk about death, and few of us are able to approach this emotive issue with absolute candour but, when it comes to assisted dying, and in the safety of our churches, talk we must.

This is one of those issues that is not going to disappear any time soon. 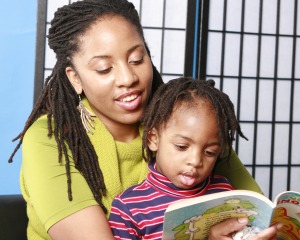 The importance of honour by Rev Stephen Brooks