2014 has been a great year for the Living Faith Connections Choir (LFCC), who became the first ever church choir to win a MOBO Award in the Gospel category. In June this year, the video LFCC produced for ‘Yahweh’, the song taken from their album, ‘Beyond the Norm’, won an award at the first ever JUMP Awards, and now they have a MOBO to add to their collection. As you can imagine, the Choir are ecstatic.

Evans Ogobi, LFCC’s music director, said of the Choir’s MOBO Award win: “We’re really encouraged by it. We believe it’s God rewarding us for our little efforts that we’ve put in so far.”

LFCC, which comprises of approximately 40 singers, can be heard every Sunday ministering at Living Faith Connections Church, based in Barking, Essex. It is part of the UK’s fastest growing church denomination, the Redeemed Christian Church of God.

Following their historic win, the Choir plan to finish 2014 with a bang, and hold a celebratory Beyond the Norm concert, which they first held last year.

They also have big plans for 2015. “We are looking at doing a world tour. We just want to share this music everywhere. We’re going to start with the UK, then take it to Europe.”

All Keep The Faith can say is: Watch this space. 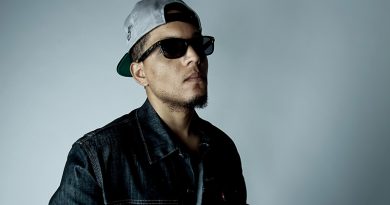