YOU CAN BE SOMEONE’S GIFT THIS CHRISTMAS

Jesus Christ is often described as God’s Gift to the world. The Baby Jesus, born to the Virgin Mary, in a stable and laid in a manger, grew up to be the Saviour of the world, who reconciled men to God by sacrificing His life on the cross, and rising from the dead via His glorious resurrection.

Those of us who are Christians, who have embraced God’s gift of salvation, can definitely say it’s one of the best presents that we’ve ever received. Not only has that gift brought us into a meaningful relationship with our heavenly Father, it has made us better people, so that we can be a blessing to humankind.

I wonder, has anyone ever given thought to the fact that God wants us to be a gift in the lives of our fellow human beings?

One of the great things about Christmas is that most people, whatever their faith – and even those who have none – make an extra special effort to be a blessing to others during this time of year. You get the impression that people dig deep into their psyche to be the best person they can be.

People will check on their vulnerable neighbours; volunteer to work in soup kitchens, homeless shelters, hospitals, old people’s home and child care centres; buy gifts for people they don’t know; donate money to charity; make an effort to be reconciled with estranged family and friends, and generally just try to be nicer, more generous, more giving people, even if it’s just through the Christmas season.

So, as Christmas approaches, recognise the good in yourself and in others; seek to be a blessing in the lives of others – both to those you know, and to people that are strangers to you. Extend a hand of help, love sacrificially, and show people that you care.

Jesus came to reconcile humanity to God, and humanity to each other. Let Christmas be that time of year where we share our common humanity, and where we can be that special, unique and welcome gift in each other’s lives.

As I write the final Food 4 Thought column for 2014, news of the decision by the grand jury not to indict Police Officer Darren Wilson for shooting dead 18-year-old Michael Brown in Ferguson, Missouri, is flooding the news channels.

Following the announcement, parts of Ferguson erupted in violence, whilst peaceful protests, featuring people of all races, took place in 90 US cities, as a sign of solidarity with the Black citizens of the town and with the Brown Family.

My prayer for America is that, in 2015, it finds a way to bring about a peaceful resolution to its insidious problem of racism within its law enforcement agencies, which seem to have been given a licence to cut short the lives of young Black males for seemingly minor infringes.

And it’s my prayer that, in 2015, citizens of the world pursue peace – both in our personal lives and in the wider world, so that we can live in communities that exude tranquillity, restfulness and are free from conflict and war. The peace the world needs can be found in God.

“Do not be anxious about anything, but in every situation, by prayer and petition, with thanksgiving, present your requests to God.  And the peace of God, which transcends all understanding, will guard your hearts and your minds in Christ Jesus” (Philippians 4:6-7).

LIVE YOUR LIFE WITH DEATH IN MIND

One thing every person can be sure of is that one day we will die. This is one fact of life we can’t avoid, no matter what we do.

And the truth of the matter is, there’s nothing like the subject of death to concentrate the mind. The writer of Ecclesiastes 7:1-2 put it like this: “A good name is better than fine perfume, and the day of death better than the day of birth.  It is better to go to a house of mourning than to go to a house of feasting, for death is the destiny of everyone; the living should take this to heart.”

And he’s right. If Christians lived our lives mindful that we will die, most of us would live our lives differently. We would make it our duty to be people of faith, who believed what God said about us; we’d be doing what He’s called us to do, by utilising our God-given talents; we’d be aiming to be more like our heavenly Father, rather than believing satan’s lies, being distracted by people’s negativity, and having our time hijacked by draining relationships.

Of course, living our lives with death in mind is easier said than done; however, as 2014 comes to a close and 2015 approaches, let us aim, with God’s help, to live our lives purposefully or, in the words of the recently-deceased Dr Myles Munroe: to ‘die empty’, knowing that we have used up every ounce of gifting God has placed within us to serve humanity. 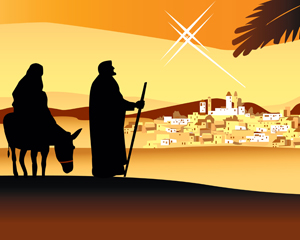 Jesus came to save people from their sins