After a long break, the artist formerly known as Prodigal Son UK, is back on the gospel scene with a new name, Dave Ellis, and a new album entitled ‘To Whom It May Concern’. Dave gave Keep The Faith the lowdown on his new project, and also gave us an insight into his plans for Christmas.

KEEP THE FAITH (KTF): You used to be known as Prodigal Son UK. Why have you changed your name?

DAVE ELLIS (DE): During my break from the music scene, a myriad of challenging life experiences have led me to discover more of who I am in Christ. This has given me a new direction and confidence to be myself, namely, the ‘Dave Ellis’ God intended me to be.

KTF: The title of your new album, To Whom It May Concern, is unusual to say the least. What inspired you to give your release this title?

DE: Disc One is ‘To Whom It May Concern’ because there’s hopefully something for everyone on it. The opening track states, “If the cap fits…” This sums up where I am coming from with this album. It’s been a journey of over ten years’ production, meaning I bring a breadth of life experiences into my writing, with the aim of causing listeners to question their life and its meaning. Disc Two is ‘Yours Faithfully’; the stories here are more personal. Listeners get a glimpse into life events that have come my way, and hopefully see the impact God has made.

DE: It has always been my intention to create music, which addresses issues that all people can relate to, such as relationships, gun and knife crime, growing up, love, death, parenthood and more. Whilst some music on this album is explicitly gospel, most of it is stories of life experiences from different perspectives. It brings Christian values to the table for discussion, for listeners to question their own lives.

KTF: You’ve got some guests on your album, including Wizdom formerly of Green Jade, and some newcomers. How did you go about choosing them?

DE: Wizdom featured on the original remix of ‘Things People Do For Money’ and it was only right that he should feature on the album version, as he’s a great lyricist. The album also features a talented musician from New Zealand called Shane Mclean. Sarah Burke,

Kevin Clarke, Gemma-Dawn Shaw, Kat Regester, Drew & Sam McDermid are all very creative and talented folk from Nottingham, and I wanted very much to work with local artists, as they all have voices that need to be heard.

KTF: What’s your favourite song on the album, and why?

DE: That’s a hard one… It would have to be MEMC. The first two verses of this track were actually written by a very close friend of mine, John Lacey, whilst he was fighting cancer. John is an inspiration to me and to so many people; he leaves us with a huge legacy and challenge to ‘Make Every Moment Count’. It’s an honour to have known such an amazing man of God; this is why the album is dedicated to him.

KTF: What will you be doing over the Christmas season?

DE: Resting! I will be making a few appearances at various events over the festive season but, other than that, I’ll be enjoying spending time with my family.

KTF: Describe yourself in five words

DE: Hmm… Cool, Calm, Collected, Blessed and A lover of the truth! – does that count? 😉 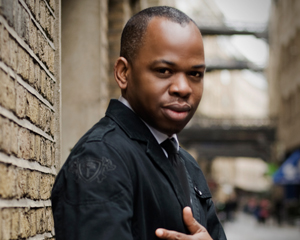