THE BIBLE VOTED MOST VALUABLE BOOK TO HUMANITY

In a survey conducted by YouGov on behalf The Folio Society, the Bible topped the poll as the most valuable book to humanity. Of the 2,044 people surveyed, 37% picked the Bible as the most valuable book, followed by On The Origin of Species by Charles Darwin, which received the votes of 35% of those polled, and Stephen Hawking’s A Brief History of Time came third, receiving 17% of the vote. When asked why they chose the Bible, those surveyed stated they chose it because it “contains principles/guidelines to be a good person”.

Birmingham City Council has placed state-of-the-art health monitors into churches – including New Jerusalem Church in Aston, Birmingham – and into community groups to help provide preventative healthcare and advice to the African and African Caribbean communities. The monitors give users details about their blood pressure, weight, body mass index, and provide print-outs with information on illnesses like heart disease and diabetes and tips on how to lose weight.

The BBC’s flagship religious programme, Songs of Praise, has changed its format so that it reflects the changing face of Christianity in Britain. The programme will feature more worship styles across the denominational spectrum, including Black Pentecostal churches, and have more of a magazine-type format. Aaqil Ahmen, the BBC’s Commissioning Editor Religion and Head of Religion & Ethics, stated: “We want to appeal to a different Christian audience, who may not necessarily have seen themselves every week on Songs of Praise in the past. Sometimes you have to find a way of reaching out to that audience to say, ‘This really is for you.’”

JustBe, a women’s ministry with a difference, was the recipient of the 2014 BME Active Citizens Award for an outstanding community organisation, at a ceremony held in Bromley. The Award is recognition of the work this unique women’s ministry, founded by Yvette McDonald, carries out, which includes running film nights, health awareness campaigns and Black History Month initiatives. 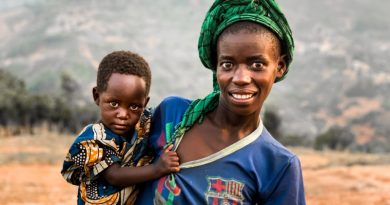 How Christians Should Respond to Rwanda

Snatching people from the fire through New Ministry by Miriam Virgo