THE BLACK CHURCH IS OUR FOURTH EMERGENCY SERVICE

Ronald Nathan must be commended for his excellent article, ‘The Role of the Black Church in Black History’. I hear many negative comments about the Church and, whilst some may be justified, on the whole the Black Church has made a great contribution to the lives of Black folks and wider British society. Many of the Black community’s most educated and leading professionals, as well as community-minded individuals, are from the Black Church community. Our Black churches have helped its members to overcome racism by reminding them they are created in God’s image, and also fuelled them with passion and ambition to achieve their goals. That’s why, when somebody becomes a Christian, it’s not only their character that gets transformed; they find themselves setting new goals, and achieving their ambitions. And let’s not forget, Black worship styles have influenced the wider church, as has our commitment to prayer and Bible study. I don’t know where I would be without my church – I call it my fourth emergency service and I thank God for it. Long may BMCs continue.

I absolutely loved the Black History Month edition of Keep The Faith, which included the BHM supplement. It was filled with informative, inspirational articles and also reminded me of the role Britain’s Black majority churches have played in shaping and influencing British culture. I specifically enjoyed reading Ronald Nathan’s article, ‘The Role of the Black Church in Black History’, which chronicled the role that Black Christians play throughout society. Keep up the good work.

What an encouragement to read about Steve Thompson’s ministry as a worship leader that takes him throughout the world. Oftentimes, we fail to recognise that we have such talented individuals within our communities, who are doing great things and touching the world with their God-given ministries. It was also a pleasure to read that Steve is the son of a pioneer within the New Testament Church of God; it’s obvious Steve has inherited his father’s pioneering spirit, but in a different field of ministry. My prayer is that his ministry continues to grow and grow, and that more people are touched by it.

THE BLACK CHURCH AND POLITICS

It was thrilling to read that Black churches have dipped their toe into the arena of politics, with the publication of its first ever Black Political Manifesto – as stated by Dr David Muir in his excellent article. My only question is: what took the churches so long? I’m excited by some of the proposals put forward in this ground-breaking document, and hope it serves as an encouragement to Britain’s African and Caribbean community to not only get actively involved in politics, but also to vote in the forthcoming elections.

Marcia Dixon’s article, ‘New School and Old School Church’, had me laughing, reminiscing and shaking my head. I grew up in the old school church, and much of what was mentioned in the article is true. I remember the dodgy outfits we sometimes wore as young women, but I have to confess I did love my beret. Then there was the preaching. It was hard-core. There was none of this ‘one foot in, one foot out the church’ business, and believers knew right from wrong. And the insight about relationships was spot on. Brothers weren’t given the opportunity to mess about; they had to be serious in their intentions with a sister. There was none of this long-dating malarkey that’s now become very common. It must also be said there has also been much positive change as well, but I loved the fact that the article took me down memory lane – a great place to visit every once in a while.

I read with interest Rev Stephen Brooks’ article about church worship, which posed the question whether it has become a ‘spectator sport’. I’m not too sure if I agree with him. I like the fact that churches have worship teams – and, after all, they aren’t really different from the praise team or praise bands that churches used to have leading worship; it’s just a different name. What I do miss, though, is a choir. Too few churches have them, in my opinion. I remember the days when a choir used to sing, the songs they sung were messages in themselves and, in most instances, used to prepare the congregation for the preachers. What I would welcome is a restoration in choirs, particularly within African-Caribbean churches, who seem to have disbanded this important ministry and replaced it with worship teams. Let’s encourage many people to be a part of the worship ministry, of which choirs are a part. 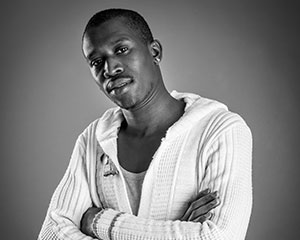 Discipline must demonstrate love and care