All too often today Africa is seen only in a negative perspective or as a problematic continent commonly ravaged by conflict and war, with high infant mortality, HIV Aids and Ebola, poverty and disaster. But in the last twenty years it has made significant progress towards peace, security and economic development, despite some unstable zones such as South Sudan, Central Africa and the Great Lakes region.

Africa’s advance is remarkable, as has been shown by the level of growth in many different sectors, for instance banking, telecommunications, energy and power, mining, agriculture, tourism and the development of infrastructure. It has been driven by greater political stability and by economic reforms which have facilitated booming private sector investment.

A new middle class has emerged, a class of business owners, with higher incomes and higher purchasing power. This has indirectly contributed to job creation for a great number of people, giving the long-term unemployed the chance to escape poverty. So we ought to be looking at the increasing changes in the global image of Africa and the Diasporas. Today, Africa is the land of opportunities with a growing market in both food and clothing, technology, mobile and telecommunications (TMT), entertainment, financial services and healthcare, which also has a trickle down effect into other areas such as construction, infrastructure development and agriculture, education and technological advance. There are also the African diasporas, which constitute an asset for both their hosts and their countries of origin, as most of them excel in their specialised fields. They are successful entrepreneurs, businessmen, professionals, scientists and clergy, and important element in the social and economic progress of their host countries, not to mention the contribution they make to the countries they come from by means of their remittances.

The British Award for Africa Development is a project pioneered and developed by Peace International. The initiative is focused on highlighting the achievements of talented individuals who have excelled in academia, entrepreneurial endeavours, and other areas, and NGO’s and companies who have contributed time, finances or sheer hard work to support the development of Africa and the African Diasporas.

This is a unique opportunity to recognise personalities from various industries and sectors for their work. Whether it is in the African communities in the UK or through their involvement in improving the quality of life for disadvantaged people at home, we want to champion these individuals. We believe the Braad Award will also encourage emulation of good practice in business, enterprise, charities and NGO’s, and will help promote good practice in the UK as in Africa.

Nominations are invited of UK and European residents, organisation or global entrepreneur and business, which support African development, or personalities of African origin with a track record of excellence in their contributions to their communities. Further details of the criteria and nomination forms, which need to be submitted by 30th March, are available at https://www.Braadaward.com

Organisations are also invited to become sponsors of the awards, which will give them the opportunity to promote themselves during publicity activities and at the awards’ ceremony.

Testimony of a prostate cancer survivor by Alfred Samuels

A magical evening with the Champ by Dr R David Muir 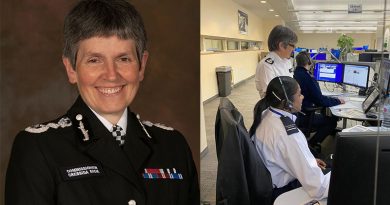