A case study on how social media gets your voice heard

One thing I have come to appreciate in life is that there are many more listeners than speakers in the world, and somebody out there needs to hear your voice. There is a popular saying that goes ‘Evil flourishes when good people do nothing’ or, as I paraphrase, ‘…when good people are silent’. If you have a message, it is important to put your head above the parapet and speak up in faith, using the tools and strategies that are available.

On November 23, I decided to start a campaign in my loft room, out of a simple conviction that Africa had been portrayed wrongly in a song. This led to media exposure, networking with like-minded people, and being able to share other people’s stories to an audience.

This simple case study shows what can be possible when you put your conviction into action, and the question to you in 2015 is: Will you let your voice be heard?

WeKnowitsChristmas was created in response to the recently released Band Aid 30 song, which had lyrics that were criticised in the Media.  I felt that people could not see beyond Africa as a place of need. Despite the professional, intelligent people coming out of the continent – and playing key roles on the international scene – all some people could see were charity videos that hinged on income-raising activities by showing these negative images of Africa.

Our aim was simple: to get images/stories and videos that depicted beauty, hope and good in Africa. We were then going to share these stories, and ask for donations for the DEC appeal and Doctors Without Borders.

STARTING POINT
The best place to start a campaign that will gain attention is a good website. By ‘good’, we mean: Clear focus, Great copy, Concise content, Responsive design, Great images, Easy to read and navigate. It was built in two days, using Foundation Zurb, a responsive framework. We opted for a simple look with a strong message and minimal navigation, so a quick look on the home page and people would understand exactly what we were about.

COLLABORATION
Our next step was to collaborate. It is key to work with people who share the same vision, and to connect with people who felt exactly how we felt. We used Google Search to identify people who had written about the Band Aid 30 lyrics, and connected with them online using social media. The campaign did not depend on creating our own content, but rather on collaborating and sharing other people’s content, thus raising awareness of their activities, while being a distribution platform for positive content from Africa.

Within a week, we had been interviewed by the BBC World Service and contacted by a BBC TV programme. We were then interviewed by Radio France Internationale, and had an article featured in The Voice newspaper. According to Facebook figures, in less than a month, posts were served to over 40,000 people, and had over 200 comments and 50 shares.

WHY WE THINK IT WORKED

Website: Having a well-built website improves your credibility and creates a one stop point for all your news and information.

Google Search: Learning how to use Google Search effectively aids your research and connects you with a key network of like-minded people.

Facebook: Social media is a free, easy way to spread your message. Be prepared to use paid advertising for your Facebook page, and ask your network to promote your message. Participate in like-minded groups to increase your reach.

E-newsletters: We sent our e-newsletters to our database, and this helped bring people to our website and our social media pages. Using other e-newsletter distribution platforms also helps to spread your message.

PR: Never underestimate the power of a well-written press release and PR contact. Our campaign was published in The Voice newspaper, and led to discussions and comments on The Voice Facebook page.

App of the Month

Every driver in the UK should have a traffic news app on his or her Smartphone. But, if they don’t, I recommend the RAC app, which is free to download and features Live Traffic Updates, showing accidents and delays. Using the app before embarking on a journey, particularly on the motorway, can save you hours of frustration and waiting. 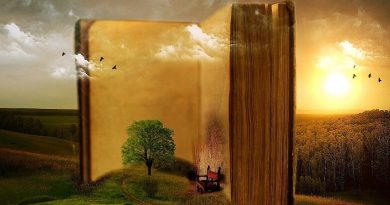 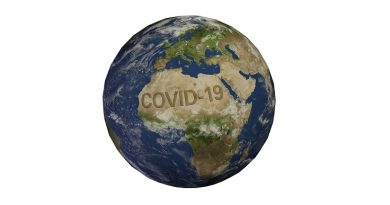