Since being featured in Keep The Faith in 2014, Ricardo (Rocstarr) Williams’ album, The Show, entered the iTunes r’n’b chart at No 2, and he’s been nominated for and has won awards; been invited to sing at numerous live events, and inundated with interview requests. He spoke to Keep The Faith about what life is like for him at the moment

KEEP THE FAITH (KTF): Since you were featured in KTF’s ‘Artist Watch’, your album entered the iTunes chart at No 2. What was your reaction on finding out?

RICARDO WILLIAMS (RC): I was completely surprised and overwhelmed. I knew it was going to do well, but wasn’t expecting it to do what it did so quickly. The support I received from my fanbase new and old has been phenomenal. It still hasn’t really sunk in.

KTF: Why do you think your album entered so high on the iTunes chart? How well did the album do on other digital charts?
RC: I ran a very aggressive social marketing campaign, which I think had a lot to do with it, but I also believe it was good timing. People have been waiting for some good wholesome music, and all they needed was a push in the right direction. I was in the Top 10 across all major digital charts. I even broke into the main iTunes album charts.

KTF: British gospel artists seem to be experiencing great success on the digital charts at the moment. What do you think are the reasons for this?
RC: I think it’s a mixture of a few things. People are literally begging for good music. So, as long as you have a quality product and are marketing it to the right people, people will get involved. I think that’s why artists like Guvna B, Noel Robinson and Seth Pinnock have had such a great year in music.

KTF: What new opportunities have opened up for you since the album’s release?
RC: There have been quite a few developments: bloggers reaching out to me, a lot of requests for interviews, TV appearances, etc. There is also some stuff I can’t share yet, but you will definitely see me in more of a live capacity over the next year.

KTF: You are part of gospel group, The Company. How difficult/easy have you found the transition from being in a group to being a solo artist?
RC: The transition has been fairly easy. The ethos of The Company was always that each member brought to the table their gift to make one vision possible. What has been hard is doing it all by myself. Especially when gigging, you look around and realise it’s only you on stage. Oh, and I’m still part of The Company; we plan to release our follow-up album this year (2015).

KTF: What do you enjoy most about singing gospel?
RC: It allows me to share my heart with the world, and sometimes I get to see the effects of that. It really is a magical thing.

KTF: What exciting things does 2015 hold for you and your music?
RC: Touring, touring and more touring, music videos, and really looking forward to my next project, Intermission, coming out at some point in 2015, which I have already started working on. Also, I’ve been writing for other artists behind the scenes – both gospel and non-gospel – so really excited to see those songs out and released this year. 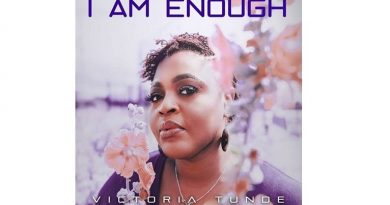 Victoria Tunde “I Am Enough”

James Fortune: ‘I Forgive Me’ by Milton B. Allen, Global Music Link

William McDowell to Bring Sound of Revival to the UK