Abuse is defined as any action that intentionally harms or injures another person, and is unfortunately perpetuated by fellow human beings upon others. Many people have experienced abuse, whether emotional, psychological, physical or sexual – this includes men and women who sit on the pews.   Keep The Faith spoke to two women, who have been victims of abuse, and found out how their faith helped them overcome it.

One woman who has decided to be open about her experience of child sexual abuse is Malakh Zebulun, whose book ‘No More Secrets’ has just been released.

This gripping story chronicles the abuse she experienced, how it affected her emotionally and psychologically, and how her faith in God helped her to deal with the after effects of her childhood trauma.

Malakh says she wrote the book after being inspired to do so. She recalls, “One day I put to prayer an issue I was experiencing within my business, and asked God what He wanted me to do. I needed clarity from Him if I was where He wanted me to be, because I could not understand why the situation was feeling so difficult to address. To my surprise, the answer I heard Him say had nothing to do with the query I had asked. Instead, He told me: ‘Write and tell your story’. Immediately within my spirit, I knew what I was being asked to do, and that was to share my journey of child abuse, domestic violence to self-healing.”

Malakh was first abused at eight years old by her mother’s then boyfriend. She was later abused by her cousin, who wanted to sexually experiment with her. When his mother caught him in the act, she told Malakh not to say anything. She was also abused by a foster child her grandmother looked after, and raped by another cousin. As you can imagine, the sexual abuse she experienced had a devastating effect on her.

“I was both emotionally and psychologically distressed after the first encounter, and the complexity of this increased later after the other accounts of abuse by others. As a child, I had an eating disorder, drug addiction, suffered increased asthma attacks, and my helplessness led me to suicide attempts. As an adult, my smoking increased, so did my asthma attacks and attempts on my life, which led me to embrace counselling.”

Despite her childhood trauma, Malakh was able to develop a successful career as a manager and trainer, specialising in empowering vulnerable young people. However, when she hit 40, she decided it was time to deal with her own inner issues. She recalls, “Having spent the last 25 years, at that time, working with and empowering vulnerable young people and women, and hiding behind my own career growth as a manager and trainer, I decided I needed to take my own advice that I had been handing out in empowerment workshops, and begin my own self-healing journey.”

It was definitely the best decision she could have made. “I put everything to prayer and wrote prayer lists. My relationship with God has helped me identify personal boundaries, and given me purpose and knowledge that I am worthy. I use my life experiences to show God’s healing in my life.” One of the things she did was promise God that she would remain celibate and let God choose her life partner. It’s a prayer God answered, because Malakh got married this year.

No More Secrets seems to be striking a chord with readers, and she’s getting numerous requests to speak at events and conferences. She feels it’s important that child abuse victims share their stories and has this message to share: “Your past does not dictate your future. You can heal and live your life happy and well. But you must engage in your self-healing programme and keep investing in your wellness.

Be aware of removing negative situations from your life; build up your mind; expect positive and beautiful things to happen in your life. Most of all, learn to tell your story differently. One day you will look back at every little step taken, and notice how far you have come.”

Visit www.malakhzebulun.com for more details and to purchase a copy of No More Secrets (£9.99). It is also available on Amazon.

When you look at Zimbabwean-born Christian, Kudakwashe Nyakudya, it’s difficult to believe that this beautiful 30-something mother-of-two was once a victim of domestic violence and abuse.

Although Kudakwashe’s husband claimed to be a Christian, during most of their 10-year marriage, his behaviour was anything but.

The couple met in her native homeland when she 17, married, and then immigrated to the UK.

Kudakwashe shared that emotional abuse started in the first year of the marriage, the physical abuse in the second. It started off indirectly as ‘play hitting’, but escalated into full-scale abuse five years into the marriage. She recalls, “I’d be isolated into rooms; barricaded in the bathroom; pushed down the stairs; thrown against furniture. In the last five years, when I was pregnant with my second child, he started abusing me sexually.” She also suffered psychological, emotional and financial abuse.

All the while, Kudakwashe and her husband still attended church, but she didn’t confide in anyone. She explained, “Where I grew up, I was told it was my duty, as the wife, to present a positive image of my husband, and also that some issues are just private – just for your home – and you don’t expose them. I kept quiet, but there were times I would say indirectly what was going on.”

When the violence got too much, Kudakwashe finally started speaking out when the violence became more intense, and she began fearing for her two children, who were experiencing emotional and psychological abuse from their father. The advice she received was not always helpful.

After spending time in prayer and meditation, Kudakwashe realised God hadn’t created her to be abused. “The day I actually called the police, he had confiscated all my documents that you need to show that you ever existed, and I felt he was planning something.”

When the police came round to speak to Kudakwashe, they gave her a description of what she’d been suffering – domestic abuse.   She was able to move into a safe house along with her children, and it was whilst there, rebuilding her life, Kudakwashe got the idea of setting up an organisation that helped people from faith communities, who had experienced domestic violence.

They say that no experience is wasted, and Kudakwashe has put hers to good use and established Kahrmel Wellness (KW). Based in the West Midlands, KW provides support services, and educational and training programmes for the victims of domestic violence.

The organisation also seeks to raise awareness of domestic violence in faith communities, through talks and workshops and, such is the impact of Kudakwashe’s work, she has been featured on local and national media talking about the issue.

Visit www.kahrmelwellness.com for more information about the services it provides for victims of domestic violence, and training programmes it runs for churches.

If you have experienced abuse and want to talk through your experiences with a Christian counsellor, visit the Association of Christian Counsellors at www.acc-uk.org. They have a directory of qualified counsellors from across the country.

A Guide to UK-based Free Domestic Violence Helplines by Oliver at Rehab 4 Addiction.

S:VOX is a national survivor-led self-help organisation for survivors of any form of violence and abuse. Visit www.svox.co.uk.

Kim Bacchus runs an organisation that puts on training courses for churches, so that they correctly handle situations involving domestic abuse. Visit www.kimbacchus.com for more details.

The National Centre for Domestic Violence (NCDV) provides a free, fast emergency injunction service to survivors of domestic violence – regardless of their financial circumstances, race, gender or sexual orientation. Visit www.ncdv.org.uk or phone 0800 970 2070.

Technology: Changing the Way We do Church by Joy Roxborough 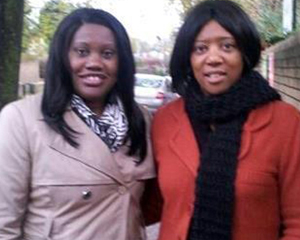