PASTORS: ENVISION YOUR CONGREGATIONS TO MAKE A DIFFERENCE

Marcia Dixon writes that pastors can inspire their congregations to touch the world by envisioning them, and shares how they can do so

Church leaders are invested with much power and authority, and can motivate their congregations to do almost anything, so it makes sense that their energies are focused on utilising their influence to encourage parishioners to do as much good as they possibly can, both within and outside the Church.

Those church leaders having an impact both on the Church and wider society are individuals who use their positions of influence to promote Gospel values to as wide an audience as possible, in as many ways as possible. They are also excellent at envisioning their congregations and the Christian community in general, with what the world could look like when infused with Gospel values.

Some church leaders in the public eye, who are using their power to positively envision and influence others, include:

Whilst many church leaders think about leadership in terms of pastoring their congregations and preaching the Gospel, in this modern age, church leaders need to give more thought into envisioning the people they lead, so that they can in turn impact the world. Modern leadership is about maximising one’s leverage.

Congregations, who are envisioned by their pastors to impact their world, tend to do just that.

And how can a church envision their congregations? The number one way of doing so is through fervent, dynamic and relevant preaching, which motivates believers to pursue their God-given calling, broadens their horizons, and inspires them to make a difference in their communities.

Other ways of envisioning a congregation could include:

Aside from envisioning a congregation, church leaders must find ways to counter the negative view increasing numbers of the general public now have of religion, and that includes Christianity as a whole.

We know that in the general scheme of things, Christians can and do make a positive difference in society – and that isn’t just because of the lives that are transformed by the Gospel.   Many Christians are doing good works, feeding the poor, visiting the sick, working with orphans, stepping in when natural disaster strikes. In fact, it’s what Christians do best, and more people need to know this.

I was buoyed, whilst browsing the web recently, when I found an article written by Labour stalwart, Roy Hattersley, which had the headline, Faith Does Breed Charity, and the strapline, ‘We atheists have to accept that most believers are better human beings’. His article described how Christians often put atheists to shame, because they are usually found helping the world’s most vulnerable people. In fact, Mr Hattersley was forced to conclude “faith comes with a packet of moral imperatives that, while they do not condition the attitude of all believers, influence enough of them to make them morally superior to atheists like me. The truth may make us free. But it has not made us as admirable as the average captain in the Salvation Army.”

When a Christian is envisioned, and doing what God has called them to do, it’s a fact that even atheists are inspired, so come on, Pastor, envision your congregation, because we know that when they get working, actions always speak louder than words. 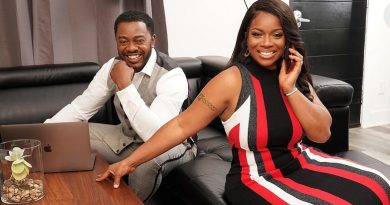