Britain’s African and African Caribbean church leaders have published their first ever manifesto, which is entitled ‘Black Church Political Mobilisation – A Manifesto for Action‘. Copies of the groundbreaking document, produced by the National Church Leaders Forum (NCLF), have been distributed to parliamentarians and other leaders in public life, including Church of England bishops, the Catholic Church and other denominations.

The Manifesto enables Britain’s Black Church leaders to inform the UK’s politicians of the key areas of social and political concern within the African and African Caribbean community, and how they would like political parties to address them.

According to Operation Black Vote (OBV), Britain’s Black constituency should be courted by politicians, as their vote could decide the outcome of the May elections in up to 168 marginal seats.  With this fact in mind, the Manifesto includes a 5-point ‘voter registration’ plan for churches to encourage greater political engagement by church members.

It is hoped that political strategists will take note of the church manifesto, due to the size and influence of the Black Church, which is seen as the most influential and cohesive institution within the Black community.  It has grown significantly in recent years, and it is estimated there are 500,000 African and Caribbean Christians sited across the UK, where the majority live in urban areas covering some of the most marginal constituencies.

Written following a number of consultation sessions, the Manifesto has been collated by Dr R David Muir and Pastor Ade Omooba, co-chairs of the NCLF, and has received widespread support from church leaders.

Following the distribution of the Manifesto, Pastor Ade Omooba stated: “I am excited that, for the first time, the Black Church movement has been able to speak into the electoral debate in this way, highlighting concerns but also proposing positive steps to take. I hope that our political leaders, who have expressed so much interest in the Black community’s vote, are now prepared to listen and discuss these recommendations.”

Rowan Williams: ‘We British are known for standing up for the underdog’ 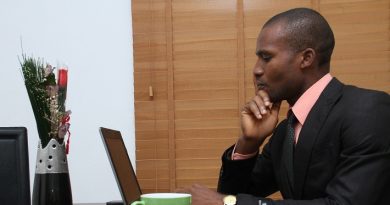