The trouble with fibroids

Do you suffer from fibroids? Maybe you know someone affected by fibroids. According to some studies, fibroids occur in three out of ten women over the age of thirty-five, though women in their twenties can have them too.

Fibroids are non-cancerous tumours that grow in or around the womb (uterus). These growths are made up of muscle and fibrous tissue, and vary in size from as little as a five pence coin to the size of a melon, in some cases. There are different types of fibroids, which are named according to where they are positioned in the womb. Your chance of getting fibroids increases with age; they tend to develop after puberty up until the age of menopause.

The different types of fibroids

Fibroids tend to grow slowly, but hormones – especially oestrogen – are thought to speed up the process.

Who is more likely to get fibroids?

Although we are not 100% sure what causes fibroids, hormones such oestrogen and progesterone are thought to play a role in encouraging them to grow. However, evidence from studies show that you are more likely to get fibroids if:

In many cases, women can have fibroids without any symptoms throughout their lives. However, for others, some symptoms can involve:

How are fibroids diagnosed?

Some fibroids can be felt during an internal (vaginal) examination by a doctor. Sometimes, an ultrasound or other tests are done to confirm the diagnosis and to rule out other possible causes of any symptoms.

If the fibroids are not presenting any symptoms then treatment is not usually needed. However, for more problematic symptoms, there are a variety of treatments available to help ease discomfort, such as the combined pill, anti-inflammatory medicines (like ibuprofen) and even surgery – removal of fibroids – in more severe cases.

If you have fibroids that are causing discomfort, book an appointment with your doctor, who should be able to advise you further, based on your symptoms.

For further information on fibroids, visit the following websites:

LOAD UP ON VITAMIN C

The latest government figures show that up to a quarter of the population has low levels of vitamin D in their blood, more so people with darker skin.  People of African Caribbean and South Asian origin are at a higher risk of vitamin D deficiency, due to the large amount of melanin in their skin, which protects against over-exposure of sunlight and also due to the reduced amount of sunlight in the winter.

Vitamin D is naturally obtained through exposure to sunlight and from foods, such as oily fish, eggs, fortified fat spreads and some fortified breakfast cereals.

A vitamin D supplement is a great way of helping the body a little when there is a reduced amount of sunlight in winter. Another way to increase levels of vitamin D is to wrap up warm and brave the cold on those rare sunny winter days. Exposure of the hands, face, arms and legs to sunlight two to three times a week can make all the difference to those vitamin D levels.

Colder weather can usually mean an increased risk of catching colds and flu, so is there anything that can be done to reduce this risk?  Yes, there is, and it’s in the form of a herb called echinacea. Native to North America, and used by the Native Indians for hundreds of years as traditional herbal remedies, this little powerhouse is known as an immune booster with proven antibacterial and antiviral properties, and is used for a variety of infections, such as the common cold, flu, urinal tract infections, gum disease, malaria, vaginal yeast infection and tonsillitis. It seems to work by activating chemicals in the body that reduce inflammation, which might reduce cold or flu symptoms. Some people take it at the first sign of a cold, while others take it after cold symptoms have appeared, in order to reduce the severity of the infection. Echinacea products are available in many forms, including tablets, juice and tea. So you can kiss goodbye to that cold or flu this winter. 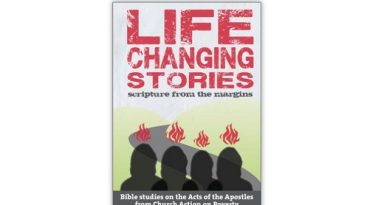