Christian women from across the denominational spectrum are featured in the list of nominees for the 2015 Wise Women Awards, the UK’s annual leading event celebrating the achievements of African and African Caribbean Christian women in the church and wider society.

Pastor Marjorie Esomowei, president of Wisdom for Women International (WWI), co-pastor of Triumphant Church International and founder of the Wise Women Awards, stated: “Every year, the Wise Women Awards brings to the fore unknown women doing great things, and 2015 is no different.  There are women from across the country represented in the list of nominees, whose contributions are having an impact on the lives of others. I am glad the WWA plays a part in bringing such women to the attention of the wider Christian community.”

Shirley McGreal, publisher of Keep The Faith magazine, stated: “Britain’s Christian women are actively engaged in all spheres of the Church and society, whether it’s in positions of leadership, supporting the vulnerable or running their own businesses. It’s great that the WWA not only brings such women to the fore, but celebrates their achievements and shares them with the wider world.”

The nominees in the nine Wise Women Award categories were chosen, from nominations sent in by the public, by the five following judges:

• Pastor Celia Apeagyei-Collins, founder and president of The Rehoboth Foundation

• Joan Myers OBE, paediatric nurse consultant, voted one of the 50 most inspirational leaders in the NHS by the Health Service Journal

The winners of each category will be announced at the Wise Women Awards ceremony taking place on March 14 at the London Hilton Metropole Hotel, 225 Edgware Road, London W2 1JU.

THE 2015 WISE WOMEN AWARDS NOMINEES ARE:

WOMAN IN THE COMMUNITY AWARD 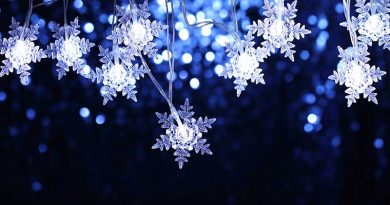