Eugene Jordan asked married men to share the key things they want from their wives and here is his list of their top five. It makes for interesting reading

Someone really important once said, ‘It’s not good for the man to be alone.’ However, other than the need to have a woman physically in his presence, what else does a man seek, in order to be fulfilled by his woman? There’s a fountain of insight on what women look for in a relationship, however the unexplored jungle – that is, what men look for – is probably best narrated from a man’s perspective. So, I got in touch with tons of guys who were happy to share what top five things they look for in their relationships with their wives. Here’s what it all boils down to:

1. Genuine friendship
Men have come a long way in how we reflect and value the friendship between a husband and wife. We often build long-term friendships based on whether or not we can have a bit of fun, laugh, share candid opinions and have a mutual respect for each other. Despite actively seeking these attributes from our friendships, we seldom get to a place where we can be 100% honest, vulnerable and share an uninhibited, deep and meaningful exchange of transparency and openness. Unlike some of our faithful counterparts, men aren’t typically known for baring the whole truth and nothing but the truth, where our thoughts and feelings are concerned. We want to invest our time and energy into building a deeper friendship with our spouses.

2. Trust
This is a big deal. Think of it like this: a relationship without trust is like having a phone with no service. What do you do with a phone with no service? You play games. Most real men aren’t really into games and so, unless trust has been broken, most men simply expect that his wife will trust his character, what he says and the decisions he makes. Lack of trust breeds suspicious minds, and drives a wedge between both parties that will eventually cause a breakdown within the relationship.

3. Patience and understanding
Hey… we all mess up from time to time, however we men seem to do it a little more than our wives. (OK… a lot more!) But whether it’s one big mess-up, or a series of small mess-ups, unless it’s for a lack of trying, most men just want our partners to be patient with us, and be understanding to the fact that, when attempting new things, mess-ups are bound to happen along the journey. We’re always learning and adapting to the role of a husband. Mistakes will be made, and a few cuts and bruises may occur along the way, but be patient. We’ll try to make as few as we can.

4. Supporting cheerleader
I remember a point in my life, when my wife would stay up late with me, as I was learning how to code. It was extremely hard to learn, but the thing that I remember most was having my wife by my side, telling me how proud she was when I finally cracked it! Men want nothing more than to have a supportive wife. Through personal experience and conversations with other men, it turns out that this is the fuel that drives our engine of progress and confidence forward. “Baby, you can do it!”, “I believe in you”, “No one can do what you can”… It may sound like a lot of hype to some, however, whether you want to believe it or not, men thrive off this. Having the support of just one cheerleader provides such a great level of motivation.

5. Sexual and intellectual intimacy
It turns out that, no matter how spiritual you think a husband is, the large majority of us men still place physical intimacy, frequent sex and intellectual intimacy very high on our tick list! At the end of the day, our flesh has a strong desire for that connection – both physically and mentally. This has been hard-wired and engrafted deep within us all! Finding the right balance between the two forms of intimacy is a must. The vast majority of the time, we’re more than happy to initiate, however, it’s always warmly welcomed whenever the script is turned on its head every now and then.

Conclusion
A friend posted on Facebook: “A recipe for disaster is: insisting she can cook, without being financially stable enough to even pay for the ingredients!” I’ve found that marital relationships can often reflect this analogy, and I can’t (hand on heart) say that I’m not guilty of this also. Don’t get me wrong; it’s great for a man to have an expectation of what he wants from his relationship with his wife. However, the truth is this: it all begins with an exchange that’s ignited by a man who’s prepared to lay down the foundations of what the wife should expect to receive from him first. 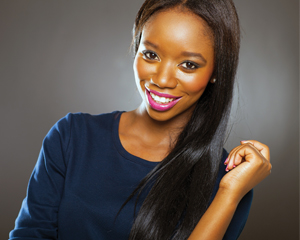 Women as instruments of peace by Dionne Gravesande