There’s a possibility that a gospel choir could reach the finals of Britain’s Got Talent (BGT) after judge Amanda Holden fast-tracked the group to the semi-finals by pressing the Golden Buzzer following their impressive audition.

As you can imagine, Revelation Avenue members are over the moon. Beatrice Awotayo, 31, who is the choir’s founder, explained, “The Golden Buzzer is only given to five acts. And with the Golden Buzzer acts, they tell everyone else in the competition that these are the people you have to try to beat, because they are the favourites to win. The pressure is on.”

She recalled the moment Revelation Avenue realised all four BGT judges loved their act. “Words can’t really describe how you feel in a circumstance like that, because it’s so overwhelming. It’s mixed emotions. You’re really, really happy, mixed with tears of joy.”

Revelation Avenue has been going for over 10 years. They were in the BBC competition Last Choir Standing, which was aired in 2008, after which they disbanded. Beatrice decided to re-form the choir in 2012.

Beatrice sees getting through to the BGT semi-finals as a great opportunity for Revelation Avenue to reach new audiences with gospel music. And she has even started to dream of what the choir could do with the cash prize of £250,000 if they win. “Even though we’ve done a lot of competitions, we’ve never done a Revelation album or a single, so that would be an amazing thing for us to do.” 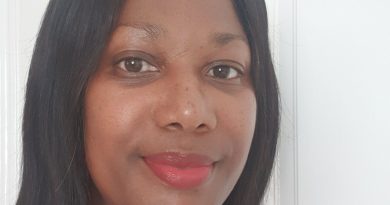