Rev Stephen Brooks looks at what the Bible has to say about Hell, explains that Hell was not originally designed for humanity, and shares why some people will end up there.

How can a loving God send people to Hell? The question should actually be, “How can a holy God let sinful people into Heaven?”

Most Christians try to avoid the subject of Hell. However, this is an important doctrine for Christians to understand, especially as the word ‘Hell’ appears 54 times in the Bible. Hell is clearly defined as a place of torment and burning.

Charles Darwin grew up and was baptised in the Church of England. He pointed to the doctrine of Hell as one of the significant reasons for his abandonment of the faith, and stated in his autobiography: ‘I can indeed hardly see how anyone ought to wish Christianity to be true; for if so the plain language of the text seems to show that the men who do not believe, and this would include my father, brother and almost all my best friends, will be everlastingly punished. And this is a damnable doctrine.’

Like unbelievers, many Christians also have difficulty defending the justice of Hell with the love of God, because we lack a proper understanding of what the Bible teaches.

“Many Christians also have difficulty defending the justice of Hell with the love of God, because we lack a proper understanding of what the Bible teaches.”

These descriptions can also be understood in a relational context, in which Hell is a place away from God’s intimate presence, as God cannot tolerate evil. Since Heaven is eternal, and the souls of men and women are eternal, Hell is also eternal. Hell is a place of endless, conscious punishment for sin. This punishment is sometimes interpreted literally (physical torment) and sometimes metaphorically (a state of being, spiritual suffering, separation from God).

How can a loving God torture people in Hell for eternity? Answering this challenge requires the proper understanding of the nature of Hell.

Many believe that God tortures people in Hell. However, it is significant that, in the New Testament, Hell is not described as a place of torture but rather a place of torment (Luke 16:23-28, Revelation 14:11). Torture is inflicted against one’s will; in contrast, torment is self-inflicted by one’s own will. Torment comes from the mental and physical anguish of knowing we used our God-given freedom for evil and chose wrongly.

Hell is necessary because God’s justice requires it. The author of Psalm 73 struggles with the dilemma of the suffering of the righteous and the prosperity of the wicked. Jimmy Savile was responsible for numerous sexual abuses of vulnerable people, but he died peacefully in his sleep. Evil often goes unpunished in this lifetime; it must be dealt with at a future time to fulfil God’s justice and holiness. Our culture focuses primarily on God’s nature of love, mercy and grace. However, God is also just and holy, and these two attributes must be kept in balance.

A second reason Hell is necessary is that God’s love requires it. Love does not force itself on an individual but, instead, respects the possible rejection of love. Those who do not want to be with God in this lifetime will not be forced to be with Him for all eternity.

The doctrine of Hell should be taught in a way that exemplifies the love of God insomuch that He put on flesh and paid the price for our sin on the cross of Calvary (1 Timothy 3:16 and John 3:16). One of the most effective evangelists in history, Dwight L Moody, said, “Don’t preach about Hell if you can do it without tears.”

Anyone who has a sincere heart towards God becomes sensitive to fulfilling His divine will, and trembles at the thought of a holy God in arms against him. He no longer jokes about Hell and eternity, as so many do. Hell has been reserved for the devil and his fallen angels, and Heaven for the people of God. Anyone that finds themselves in Hell is trespassing as a result of their disobedience to God’s Word.

God has done everything possible to keep people out of Hell. No one is worthy enough to enter Heaven. Because of His love, however, God wants us to be with Him. So, Jesus’ death on the cross, where He paid the penalty for all that we have done wrong, was God’s way of satisfying His holiness and demonstrating His love. What have you done about that provision? 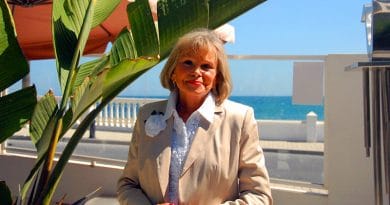