The heart-breaking dilemma of the migrants and refugees flooding into Europe is shocking, sad and should concern us all.  While it would be foolish to offer any simple solution, I do think that there are some attitudes that we should have.

First, let me make what is, I hope, an obvious statement: all of us need to have compassion. We must remember the reality of what we are seeing on our television and computer screens. We are not dealing with abstract statistics, we are dealing with human beings: men, women and, as we have been sadly reminded, children. One of the things that make us human is that we care about other humans. To treat other people as numbers or as pests is to become subject to an ironic tragedy: they don’t lose their humanity, but we do.

Compassion should not be taken for granted. But let me suggest that our compassion needs to have four qualities added to it.

Our compassion should be involved. It’s not enough to mutter ‘something should be done’ and then switch to another television channel. The question we must all ask ourselves is ‘what should I do?’ One obvious starting point is that we give. If you are uncertain of where to give, then a good place to start is Tearfund.

Our compassion should also be intelligent. This is a crisis that needs to be addressed not simply by the heart but by the head. One of the problems of our image-driven world is that it often takes pictures or film to stir people into action but the results of such emotional outpourings may be no more than impassioned speeches that don’t actually achieve much.

We need to be intelligent in how we analyse the problem. So the terrible pictures of a dead child on a beach have quite understandably stirred enormous amounts of feelings but the tragic fact is that this is simply one death out of thousands. The UN refugee agency (UNHCR) reported last month that the number of refugees and migrants crossing the Mediterranean to reach Europe in 2015 had passed 300,000 – up from 219,000 in the whole of 2014 – and that this year at least 2,500 people have died making the crossing. In other words, the crisis is older, wider and deeper than we might like to think and on every estimate it is not going to go away.

We need to be intelligent too in how we apply our compassion in response. We need to consider the wisest and best long-term solutions. By all means let us open the doors to refugees, but let us do some careful thinking as to what that actually involves. So, for instance, there have been some statements to the effect that we should be like Lebanon, taking in hundreds of thousands of refugees. Without belittling the wonderful efforts of Lebanon, this is a country with minimal social services and no free medical care: are people suggesting that we take in refugees on that basis? Hosting refugees implies a commitment to their healthcare, support and education over decades. While there is a distinction to be made between those seeking to come here in order to save their lives from persecution and those who are seeking to be here simply in order to improve their standard of living, most of those who enter Britain as refugees, or as migrants, will be grateful for the opportunities presented and ultimately be an asset to the country. Yet a question remains about how we avoid taking into our country those who have altogether different ambitions.

Our compassion should be both involved and intelligent but it should also have integrity: ‘the quality of being honest and having strong moral principles’. There are issues here of justice. Caring for refugees is going to be costly and we must ask where the burden will fall. There is already a very strong sense in Britain that the costs of digging the nation out of the financial crisis of 2008 have fallen far more on the weak than on the wealthy. We must be very careful that the costs of caring for refugees are not unfairly borne by those who are already struggling with overcrowded schools, underfunded hospitals and reduced social support.

The issue of integrity is also raised in terms of our foreign policy. It is hard to avoid the conclusion that the involvement of most nations in the unfolding horrors of the Syrian civil war has been to achieve the maximum political gain at the minimum cost. Why, for instance, has it not been possible to create safe havens within Syria? And to ask a question that may be deemed unacceptable, why shouldn’t Europe seek financial assistance for the costs of taking in refugees from an Arab crisis from those Arab states with unbelievable assets?

So I suggest that what we need is compassion accompanied by involvement, intelligence and integrity. And for me, as a Christian, I would also add a fourth word: intercession. We who believe in prayer should pray To God. The current Syrian refugee crisis is not the product of some natural disaster but of the appalling acts of human beings against their fellow humans. What we are seeing is something for which the word diabolical might be used in its deepest and darkest sense. Let us pray for those who are suffering, for the lands they come from and for our leaders to have both compassion and wisdom. This is an appalling crisis, the legacy of which will be with us for a long time: let us do all we can now and in the future to make sure our response is to our lasting credit, not to our shame. 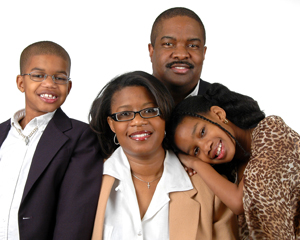