Keeping it ‘Juicy’ with Vinejuice

Founded by Adaeze Chiwoko and Lavinia Goddard, aka the ‘Juicy Ladies’, Vinejuice is a media company based in Manchester, which works to promote all the good stuff coming out of the Christian, Community, and Charity sectors. That includes events, music and juicy news.

Emaé brings ‘Something Beautiful’ to the UK music scene

In a musical landscape that often seems to present ‘nothing new under the sun’, it is so refreshing to discover new talent that offers a distinct sound. For us, Scottish songstress, emaé (pronounced em- may), is one of those talents.

We’re loving emaé’s blend of folk, soul and pop, coupled with clear vocals and message-filled lyrics. She is praised amongst industry peers for her fantastic vocal performances and song-writing prowess, which has earned her worthy comparisons to stars such as Emeli Sandé  and Corrine Bailey Rae.

Her debut song, ‘Something Beautiful’, was released back in 2014 to critical acclaim. It received mainstream support from BBC, introducing her to Vevo, MTV, and others. Her follow-up single, ‘Know You’, was released in July 2015, and has been gathering widespread support. With this track, emaé attempts to connect further with her listeners, revealing her fear of linking with new people. According to emaé, “If I’m honest, that’s something that still scares me profoundly and it takes a lot to change my solitary tendencies, but this song is my way of capturing the feelings that I experience when I finally get over that hurdle, and let new people in.”

Both singles are available now for download on iTunes and Bandcamp.

Kirk Franklin is back after almost five years of musical silence. You would be forgiven for thinking that he has been enjoying the fruits of his previous billboard smash hits, pouring his heart out in his regular blog, and posting his thought-provoking comments on Twitter (which we really enjoy, to be fair). But it seems you would be wrong! The multi-award winning gospel artist has been working away in his lab on a brand new album. On 28th August, Kirk Franklin released his new single, ‘Wanna Be Happy’, via his record label, Fo Yo Soul Recordings.

When asked what had inspired the single, Kirk Franklin said on billboard.com, “First and foremost, every human being wants to be happy. We will try different things all in the pursuit of that feeling. With this song, I’m saying if you really want to be happy, you have to start with the originator. It’s like wanting to lose weight. Do you really want to lose weight? Because, if you do, there’s a price to pay; you have to work at it. This song is saying if you really want to be happy, let’s get to the nitty-gritty of what that is. We’re not the architects of our lives. We’ve got to go to the manufacturer. And it’s my goal to try to lead people to the manufacturer of their souls.”

Integrity Music worship artist, Noel Robinson, has finally released his eagerly awaited album, ‘Outrageous Love’, on 11th September 2015.  But this is an album with a couple of surprises!

It definitely feels like time stopped when Noel Robinson signed to Integrity Music, and fans were in anticipation for his first album release under the world’s leading Christian music label. Following the release of his single, ‘Freedom’, back in July, ‘Outrageous Love’ is exactly what you want from Noel.

The album is a combination of solid praise songs, anointed worship and ‘get-up-and-move-something’ gospel tracks. We would describe this album as ‘a worship leader’s dream’, with songs that you just know will become anthems in churches across the UK as well as the world. The entire album (barring two songs) was recorded live in London. It includes his famous worship song, ‘Rain’, as well as a cover of the popular Chris Tomlin song, ‘Our God is Greater’. With Noel Robinson’s instrument of choice being his trusty guitar, the album has a number of guitar-driven tracks. So if that’s your flavour, then you will definitely connect with ‘Outrageous Love’.

But, as stated in the intro, there are a couple of surprises. These come in the form of an afro beats remix called ‘Let the People Say’, co-written by Israel Houghton, and…wait for it…a DANCE remix called ‘New Life’. That’s right! We were just as surprised as you. It seems that Noel is determined to stay relevant by taking hold of current sounds – which is always a good idea. But does it work? Some may say that the differences in styles between the remixes are too far removed. But maybe that’s what gives this album that special something. It might be Noel Robinson’s bravery in exploring changing modern musical trends that has kept him at the top of the UK Gospel scene and taken him on to international recognition. When you have Israel Houghton writing songs with you, then you must be doing something right!

Outrageous Love is available for download now on iTunes.

The GMA Dove Awards has grown to be the most respected and highly esteemed gospel and Christian music awards ceremony in the world. This year is the Awards 46th anniversary and carries the theme ‘Better Together’. Hosted by Erica Campbell, the ceremony is set to take place on 13th October, with organisers promising a bigger and better show than ever before.

So, there is a bit of the background, but who has been nominated for what, and who do we think will be skipping home with an award in hand? Well, here are five of the categories and our predictions of the winners:

ARTIST OF THE YEAR –

CONTEMPORARY CHRISTIAN ARTIST OF THE YEAR

GOSPEL ARTIST OF THE YEAR

Who would you place your bets on, not that we’re encouraging gambling or anything…obviously not!

Winner of the third series of the UK’s biggest gospel talent show, Annastasia Baker has been on tour since May 2015. Not to leave her Northern fans out, she’ll be performing in Manchester on 24th September and in the City of Culture, Liverpool, on 27th September.

She does head back to her home city of London, though, and ends her tour with a grand finale at O2 Shepherds Bush, Empire, on 15th November, where she has Grammy Award-winning gospel superstar, Erica Campbell, performing alongside her as a special guest. That’s pretty major!

Check out her tour dates at www.annastasiabaker.co.uk

The industrial town of Sheffield, Yorkshire, is home to one of the UK’s most accomplished gospel singer/songwriters, Philippa Hanna. In true Northern form, Philippa Hanna could be described as a musical grafter! Since her debut in 2009, with her independently released album, ‘Watching Me’, Philippa has toured with musical greats, like Lionel Ritchie and Wet Wet Wet. Her own tours have had itineraries with up to 150 dates!

Following a trip to Nashville to write with some of USA’s biggest names in country music, Philippa came back to embark on her 2015 Autumn tour, which includes northern towns like Rochdale, southern cities such as Southampton, and many others in between.

Twelve24 going big at The Ritz

Twelve24 is a Christian pop/dance band based in Manchester, currently under the banner of The Message Trust. The three-member band has seen their music take them around the world, with performances in Denmark, Finland, France, Lithuania, Norway, Slovakia, South Africa, Sweden and the United States. They have also recently had their single, ‘Higher’, featured on MTV for a number of weeks this year.

Staying true to their roots, Twelve24 are back in Manchester with a huge concert planned for 12th October 2015. Taking place in one of Manchester’s leading gigging venues, The Ritz, Twelve24 have invited the likes of Vital Signs and LZ7 as special guests. If we know anything about Twelve 24, it is that they can really put on an electrifying show, and so we expect no less.

Find out more at www.theritzmanchester.com 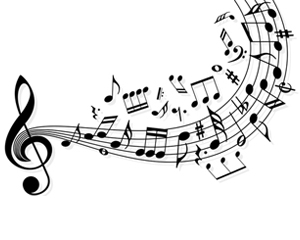 The power is with the independents