THE MOST logical and honest discussion about science and faith I have ever heard.
So said one sixth former following a day conference encouraging GCSE and A-level students to explore the relationship between science and faith.

God and the Big Bang, presented by prominent members of the scientific faith community, has taken place in 26 English secondary schools and cathedrals in 2015, from Ilfracombe to Leeds, reaching more than 2900 students.

The talks and workshops are designed to be academically credible and captivating – dealing both with cutting-edge, mainstream science and personal and honest reflections about the interaction of science and faith.

‘Wherever we have been the students have been overwhelmingly positive,’ said Stephanie Bryant, a Cambridge science graduate and the project’s coordinator. ‘Most begin the day feeling that they have had to make a choice between two “worlds” that seem in perpetual conflict. The presentations enable them to see a much bigger picture.’

Interactive sessions have been led by many ‘early-career’ scientists in their various areas of expertise including neuroscience, animal behaviour, earthquakes, dinosaurs, climate science, black holes and quantum mechanics.

A teacher from Bishop Ramsey School, Ruislip, said: ‘God and the Big Bang was an excellent opportunity for my students to engage in this debate and critically consider the validity of some of the assumptions made by their generation.’

A student at York College said: ‘Having grown up as a Christian I’ve been asked these kinds of questions so many times. Until today I’ve never heard helpful answers to them. Thank you so much!’

Organisers of God and the Big Bang, supported by staff at the Church of England, the Faraday Institute for Science and Religion and Christians in Science, hope to run up to 30 day conferences in the next 12 months. Stephen Goddard 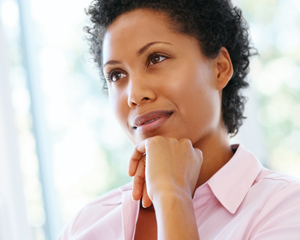 Being still before god