We would like to invite members of your church to join us when we record two afternoons of great singing and praise at St Germain’s Church, Edgbaston, Birmingham.
The first recording will be of classic praise and worship songs, and for the second recording we’ll be joined by the BBC Gospel Choir of the Year, the Birmingham Community Gospel Choir, to sing some great gospel hymns. All the music will be broadcast in future editions of Songs of Praise.
The conductor will be Ken Burton, who has conducted numerous broadcasts on BBC Radio as well as for Songs of Praise. His extensive credits include leading one of his choirs to victory as the BBC Choir of the Year to working with major gospel artists such as Andraé Crouch and Donnie McClurkin.
We are especially keen for enthusiastic singers to join us for this recording, as they will become a specially-formed ‘combined choir’, who will lead the viewers at home in the singing.
The details are as follows:-
Songs of Praise First recording (Contemporary hymns)
Combined Choir Rehearsal: Thursday 18th February, 7.15pm – 8.30pm
Television Recording: Saturday 20th February, 2.30pm – 6.00pm
Songs of Praise Second recording (Gospel hymns)
Combined Choir Rehearsal: Thursday 18th February, 8.30pm – 9.45pm
Television Recording: Sunday 21st February, 2.30pm – 6.00pm
All rehearsals and recordings take place at St Germain’s Church, Portland Road (at the junction with City Road), Edgbaston, Birmingham B16 9TD.
People are welcome to take part in one or both recordings, and are also welcome to attend as part of the congregation. Congregational singers are also welcome to attend the rehearsal, but this isn’t essential.
The deadline for all ticket applications is Tuesday 2nd February 2016. Tickets will then be posted after this date. In the event that we are oversubscribed we will allocate on a first-come, first-served and/or a pro-rata basis.
If you have any queries, please don’t hesitate to e-mail the team at songsofpraise@bbc.co.uk, or call us on 0161 335 8429. If you would like to opt-out of future invitations, please e-mail: songsofpraise@bbc.co.uk

What is The Gospel of Thomas 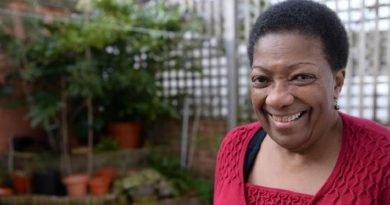