In March of last year, The Guardian newspaper published an article stating that “there are now 41,000 16- to 24-year-olds from Black, Asian and Minority Ethnic [BAME] communities, who are long-term unemployed. According to an analysis of official figures by the House of Commons Library, this is a 49% rise from 2010. By comparison, the same report found that “there was a fall of 1% in overall long-term youth unemployment and a 2% fall among young White people”.

Noting the discrepancies in the employment rate, Elevation Networks (EN) seeks to develop the leadership potential of young people within the BAME community, thus increasing their employability and encouraging diversity in the labour market.

In 2006, Samuel Kasumu founded Elevation Networks at Brunel University, with an objective of relieving unemployment amongst young people. Since the official launch in 2008, this youth charity has continuously endeavoured to make a difference in the lives of young people, students, graduates and NEETs (those who are not in training, employment, education or training). After becoming a registered charity in 2009, this has been made possible with the creation and delivery of dynamic programmes and campaigns.

Elevation Networks focuses on engaging with 11- to 25-year-olds, particularly those from traditionally under-represented groups within the corporate, public and third sectors. These are identified as ethnic minorities, women, young people from low socio-economic backgrounds, students from non-Russell Group universities and NEETs.

Leadership, Employability and Diversity are the key tenets of all the work delivered by Elevation Networks. They offer a wide range of programmes, schemes and opportunities and are passionate about contributing towards the development of the next generation, noting that the one-size-fits-all approach is not suitable when engaging with a diverse audience such as this.

Every Black History Month, Elevation Networks hosts the largest cultural debate forum, called The Great Debate Tour. In 2015, they conducted this flagship campaign in more than 60 universities in England, Scotland and Wales. The Tour is a celebration of diversity and heritage, as well as a forum for powerful, thought-provoking discussion. With the help of a panel of experts, university students are encouraged to explore issues that our research indicates is most relevant to the audience. Through the Great Debate Tour, participants tackle the dual issues of young ethnic minority disengagement from the mainstream political process, and the lack of ethnic minority political representation in national and international institutions.

To tackle bias against women, Elevation Networks hosts Visible Women: a campaign that champions women in leadership, challenges the under-representation of women in certain industries and senior positions, whilst creating a network of mentoring and learning for young women aspiring in their careers. It aims to encourage young females from across the UK to be the driving force in challenging the under-representation of women in the workplace and in enterprise.

Over the past seven years, Elevation Networks has designed and delivered a variety of leadership programmes that take high potential young people through a process of self-development, providing them with access to top employers, mentoring, career advice and skills training. Some of these programmes include:

To find out more information about Elevation Networks, our campaigns and our programmes, visit www.elevationnetworks.org 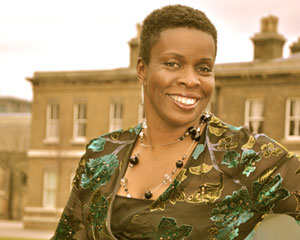 Celebrating the true value of men by Esther Kuku