Justin Dowds, Senior Director of Marketing and Engagement for child development charity, Compassion UK is to step into the role of CEO for the charity in July this year.

Justin’s leadership appointment has been the result of a rigorous and comprehensive selection process. Graham Williams, Chairman of Compassion UK’s board of trustees explains, “This is probably the most important decision we have had to make during the past decade. We wanted to leave no stone unturned in our search for the new CEO. During Justin’s time at Compassion, he has proven his passion for the charity and his total commitment to the children under our care. We are confident that Justin will be an excellent new leader.”

40-year-old Justin joined Compassion in 2011 as the Major Donor Director before taking over as the Senior Director of Marketing and Engagement in 2014. He will succeed Ian Hamilton who has managed Compassion UK for 16 years since its start-up in 2000. Ian will move on to a new role working with Compassion International in July.

Compassion works with over 1.7 million children around the world. Working in partnership with the local church, they seek out the most vulnerable children and with the support of individual sponsors, provide them with the means to break the cycle of poverty and create a viable future.

Justin shares, “Last year we reached our 100,000th sponsored child milestone in the UK and the trustees have set the challenge of reaching the next 100,000, a challenge I readily accept. I believe no child should be born into or raised up in extreme poverty and neither does Compassion. We can release children from poverty in Jesus’ name one child at a time, in partnership with the local church and our amazing supporters.”

Prior to working at Compassion UK, Justin successfully established and managed his own business and worked as a community pharmacist across Scotland whilst also running the Scottish-based Christian music festival, Frenzy.  He also directed an international team who fundraised, designed and constructed a solar-powered hospital on La Gonave Island in Haiti, following the earthquake there in 2010.

Ian Hamilton reflects, “It has been an incredible journey and I feel privileged to have led Compassion. I am absolutely delighted by this outcome and I know without doubt that Justin will lead this organisation with fresh vigour and enthusiasm.”

Justin is married to Nicky and they have four children. 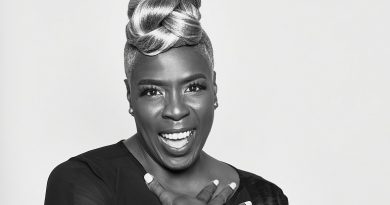