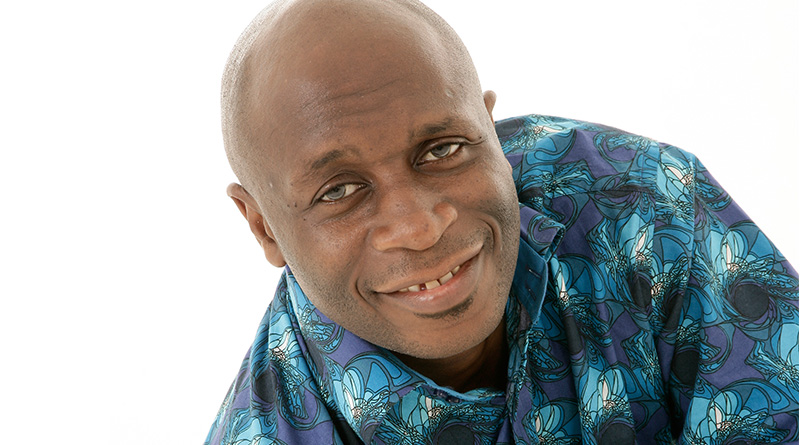 No one can deny there are many challenges and conflicts that Black men living in the 21st Century have to fight and overcome – not only to survive, but also to thrive.

These challenges come from a number of sources. For instance, when it comes to health matters, Black men are more susceptible to diseases like prostate cancer. Where family relationships are concerned, many have experienced fatherlessness; many Black men have never had a relationship with their father or been fathered. Then there’s the fight against violence: too many lives – and very young ones at that – are ending before their time, due to guns, gangs and knife crime. And then there’s the fight against injustice. Black men are more likely to be imprisoned than any other race in this country… I could go on and on.

I know for a fact, that if the Black man is going to survive and thrive in British society, he has a mighty fight on his hands, and it’s a fight that isn’t helped by the negative stereotypes perpetuated in the Media, or the fact that many sisters, for various reasons, don’t seem to believe in or support their men.

When the many challenges Black men have to face are taken into account, the question must be asked: Why has the Black man been so severely targeted and challenged?

Because he is strong!

I sincerely believe that there is a conspiracy to erase the Black man from society. In her book, The New Jim Crow, Michelle Alexander argues that, by targeting Black men through the war on drugs and decimating communities of colour, the US criminal justice system functions as a contemporary system of racial control—relegating millions to a permanent second-class status.

However, despite everything they have gone through, it is my belief that the Black man is a strong man – only the Black man could survive 400 years of slavery and still continue to exist in a world that is set up to make him fail.

I have a message for men of colour: You are strong and if we, as men, unite to face the challenges we experience together, not only can we survive, but we can also advance and follow in the footsteps of men like Nelson Mandela and Barack Obama, whose lives clearly demonstrate there are no limits to how high we can rise if we believe in ourselves and have faith.

We need Black men to stand up and take their place as head of their homes, and we need our sisters, who have carried so many responsibilities on their own over the years, to relax, chill and let men lead, and not be afraid to accept help when it is offered.

Just recently, I offered to help a Black woman carry her shopping trolley up the stairs and she refused. I was surprised, and told her it’s time for the Black women to allow Black men to demonstrate chivalry.   I know we have dropped the ball on so many occasions, but please help us arise. She was speechless.

Black man, I encourage you to be the best father you can be, and to be INTENTIONALLY proactive in fathering your children. And, if you haven’t always been there for your children, be strong enough to apologise, and tell them that you have let them down. With Father’s Day approaching, why not write a letter to your children and explain your struggles with them and ask for forgiveness?

Black man, I need you to stand up for your community; our young boys are killing each other and dying in the streets. They need us to be the mentors and role models they are crying out for.

I want you to take a stand against fatherlessness and, if you’re a Christian, be concerned that there is a lack of men in our churches.   Let’s build strong men’s ministries in our congregations, and pray for and evangelise men into the Kingdom.

I am totally committed to helping support, strengthen and unite the men in the community and, in June will be joining with various men’s groups and churches across London, including Arc Kings, Men United, Fathers Destiny Men, Victory Outreach Shepherds Bush – and many others – for a time of prayer, fellowship and looking at ways in which we can work together.

And, such is my desire to support men, I will be launching a radio show and ministry

in June called MANOLOGY on UGN that will discuss the issues men face, and create forums and resources where men, especially Black men, can find hope and healing.

I strongly believe that, despite the challenges Black men face, we are strong enough to overcome them and fulfil our God-given purpose and potential. And, with faith in our Creator, we will win the fight.

Pastor Peter Nembhard is Senior Pastor at ARC – A Radical Church – in Forest Gate, east London. You can hear him on UGN every Sunday at 10am, and follow him on Facebook. 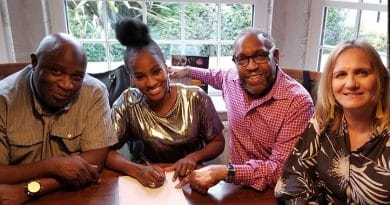 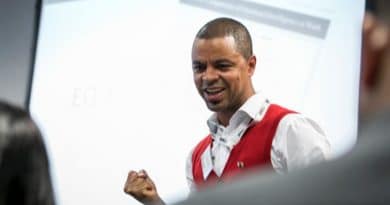 4 thoughts on “STAND UP, BLACK MAN! by Pastor Peter Nembhard”