A prominent church leader has called for more resources to be made available to tackle youth violence and crime, following the latest spate of reports of young people either being injured or losing their lives through knife crime at the hand of another young person.

Rev Les Isaac is head of the Ascension Trust, the umbrella organisation for Street Pastors – a nationwide community safety initiative, which was initially launched in 2003 to tackle inner city gun and knife crime – and Word for Weapon, a scheme that places knife bins in prominent places, so that people can hand in dangerous weapons anonymously.

Over the past seven years, over 22,000 weapons have been dropped in Word for Weapon knife bins stationed in London and the West Midlands.

Rev Isaac shared, “Young people, who live in the inner city, and the struggles they face – particularly those around violence and crime – are very much on my heart, and have become the focus of public and private prayer. However, I have become very concerned at the numerous news reports that I read, which chronicles young people whose lives have been cut short by stabbings. It’s also disheartening to learn that the number of youth stabbings taking place in London and other inner cities is on the rise.”

He continued, “Churches are doing the best they can to tackle this issue, but it is evident more resources are needed for them to be more effective.”

Rev Isaac would like to see more resources made available to finance youth work. He said, “Many voluntary organisations do great work with at-risk young people, but they are under-resourced. We need youth workers to be out on the streets in the evenings, working with gangs, working with young people and running youth clubs that are supporting youth.” 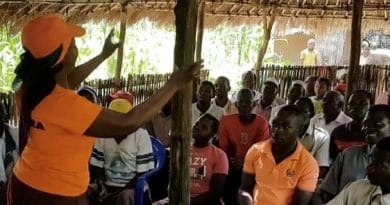