Keep the Faith discovers courage and faith that has kept another woman serving children in communities in the UK and Africa.

Elizabeth Williams runs Free the Child, a charity that supports parents and children in London, as well as children and babies of mentally ill mothers, through an orphanage in Iwo, Nigeria.

The charity’s UK work takes place in Haringey, where young people facing trauma and other challenges are referred – sometimes via social workers – and receive on-going help. It helps young ex-offenders, those with serious parental problems or a drug problem, but also those who may just suffer from shyness or a lack of self-esteem.

As a child herself, Elizabeth suffered the trauma of a physically abusive stepfather for many years. After graduating from Middlesex University, she felt God calling her to start the charity after researching the lives of other women in the UK with the same experience.

Since 2007, Free the Child has supported 150 young people by providing regular gatherings, counselling where necessary, and activities, drama and trips. “To God be the glory, many of them are now graduates, with their own businesses, doing well for themselves and settled down over the years,” says Elizabeth.

The most pathetic thing about it is you see the mothers wandering the streets with babies on their back in the scorching sun or in the rain.

In 2008, following the ten-year conflict, Free the Child extended its outreach to orphans in Sierra Leone, until the prohibitively expensive costs of operating in the country – which saw the charity spend £6000 in just two months – forced it to stop.

In 2011, it began helping mothers and babies in the town of Iwo in Osun State, central Nigeria, which has many homeless women with mental health problems. “The most pathetic thing about it is you see the mothers wandering the streets with babies on their back in the scorching sun or in the rain. You can see the babies just crying. You can see they’re hungry, they’re starving, and the mothers are not in the right frame of mind. Sometimes you can see that, out of anger, they have thrown down the baby and it begins to scream.”

Free the Child used the town’s radio station to offer anyone knowing women in such a position to contact them. Families got in touch, and the charity was started in the town. Staff go on the streets with police and social workers, and approach mothers in such a condition, offering support. “In over 99 per cent of cases, the women will say, ‘Oh, please help me to take care of my baby,’ ” says Elizabeth.

The charity works closely with their families. “We let the family know where we are, and we take care of the baby there. Looking at the baby a few weeks or few months later, you wouldn’t even believe they came from mothers who are mentally ill. A lot of the children we have taken care of have grown up to be very intelligent, very beautiful, handsome children.”

The charity receives support from local individuals and organisations, and has the support of local officials. It supports both Christian and Muslim children, with 80 per cent of the women being Muslim. While not a Christian charity, children are raised in a Christian environment, and “families do not object to this at all,” says Elizabeth.

“Early in the morning, the staff working there wake up the children, take care of them; they share the Bible with them, pray for them and, when you interview the children, you would be surprised and shocked. The children are very smart, very intelligent. We brought them up with the fear of the Lord, with respect, and we encouraged them to look forward to a great future ahead.”

To help fund the Iwo orphanage, Elizabeth opened a charity shop in Colindale, north London, with all proceeds going to Iwo. She visits the orphanage once or twice a year. “They are doing a wonderful job.”

A traumatised 14-year-old girl was introduced to the orphanage after being gang-raped. She had her baby two months ago and is still being cared for.

Abandoned babies are also taken in. “People will come and say, ‘Look, a baby has been dumped in the gutter.’ We rush there, we pick the baby up, we call the police, and social workers are involved. The baby is taken care of and registered.

“Two babies – twins – were dumped. Can you believe it? Staff collected the babies and took them to the orphanage, but one died on the way.”

Elizabeth, who has two children and one grandchild, obtained a good job at Streatham Council after graduating but, after five months, she could not shake off the conviction that she should start the charity, and resigned her job.

She said: “I’ve worked hard for the charity. It’s only God who sees. It’s cost me everything but I am glad, I feel fulfilled and I give glory to God for the opportunities. Many of the children, particularly in this country, said in their testimonies, ‘Had it not been for Free the Child, I would have been starved, I would have been killed, I would have spent my whole life on the street. Thank God Free the Child found me.’ I’m talking about the UK. You need to see those young people now. They are adults, beautiful and handsome.

“Even in Nigeria, many of the children who had not been picked up would have died. I give glory to God for placing that burden in my heart. It has enabled me to reach out to these young people and to impact their lives. I feel so happy and fulfilled.”

During difficult times, Elizabeth, who has been a deaconess in her church in Dagenham for 27 years, has been encouraged by Psalms 41:8-9.

Blessed is he who has regard for the weak, for the poor

“It’s not that I woke up one day and decided I would start a charity. The Lord actually spoke to me about starting this charity, and it has stayed with me. I found myself not wanting to do anything else, apart from supporting these young people.”

Elizabeth appealed for donations: “If a thousand people donated £1 a month, that would go a long way. There are so many children being brought to the orphanage in Nigeria. Many of them we can’t help, because there’s no point taking them and not being able to help them. Please help us.”

Karoline Shodipo, senior reablement worker at Haringey Council, said: “It’s a very good charity. It has helped a lot of children, more than 30 at one time, through motivational talks, including with the police and local hospital staff, concerts and other events. It’s a very good thing to see the children from what they used to be.”

Anyone who would like to donate goods can take them to the Free the Child charity shop, 2 Colin Parade, Colindale, London NW9 6SG. All goods except bulky items are accepted. Donations can be made through Paypal via freethechild.org.uk, or via NatWest bank account 90601653, sort code 60 24 23. Email: freethechild@hotmail.com. 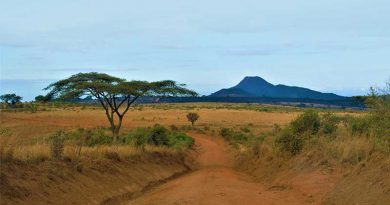 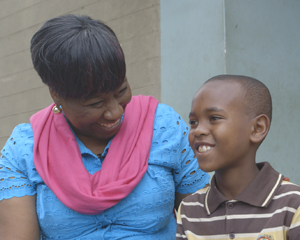 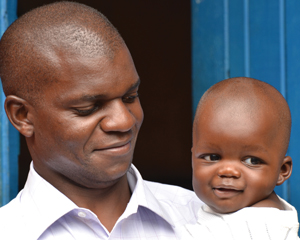