Enjoy a range of films, in which people from around the world tell their own stories at the I Will Tell International Film Festival in London from 30 August to 9 September 2016.

Founder director of the I Will Tell International Film Festival, Jenny Lee, said the inspiration for the title, I Will Tell, translates from the word ‘Ndinadsawapanga,’ (pronounced nah-jah-pang-ga) from the Senna language spoken in the northern provinces of Mozambique, where she was inspired by a young woman she met in 2007.

Anel, the young woman, told Jenny of her dreams of travelling, learning to speak English, and helping those in need. But, sadly, women in her community were denied education, which was considered an unaffordable luxury. So instead, Anel resolved to tell those she could about the importance of education.

Almost 10 years later, Anel’s dream lives on, in part, through the Festival.  Jenny told Keep the Faith: “It sparked off that desire to do the film festival, which is about people telling their own stories. It’s that restoration of dignity that comes when you tell your own story.

“There’s this old African proverb that the story the lion tells is very different from the story that the hunter tells. It’s that idea of people being empowered to tell their own stories.”

The Festival connects people from different countries and different environments, because “in the end, we are all stories”. Genres include dramas, documentaries, animations and ‘shorts’ from over 30 countries.

“In the end, we are all stories”

The themes of the Festival are universal and include relationships, war, poverty, violence, disenfranchisement and racism, but also the power of faith, hope, forgiveness, discipline, endurance, peace, reconciliation and love.

The I Will Tell International Film Festival, now in its 10th year, runs for 11 nights from 30 August to 9 September at the Royal Society of Arts and at Jenny’s church in Leytonstone. 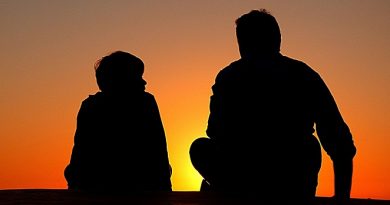 How to Tackle Taboo Topics in Evangelism