The National Memorial Arboretum, part of The Royal British Legion, has reached a major milestone in its £15.7m fundraising appeal. While remaining fully open, the Arboretum has been transforming the facilities for visitors at its home in Staffordshire with a new National Centre for Remembrance due for completion later this year.
The fundraising campaign, launched by HRH The Duke of Cambridge, has passed £13.4m, meaning that work on the new facilities, which will cater for up to 500,000 visitors per year, is progressing well.  The milestone has been reached through the generosity of many individuals and organisations, including lead funders The Royal British Legion, Staffordshire County Council and the Heritage Lottery Fund.
The latest major donation, which has helped the Arboretum to reach the £13.4m mark, was a generous gift from The Sackler Trust.
The building work, which is expected to be completed by the end of 2016, will include a new Remembrance Centre with dedicated exhibition spaces and learning facilities that will enable the Arboretum to expand its engagement from 10,000 schoolchildren a year to 25,000.
Improvements are also being made to the reception area, restaurant, café and shop, while a new cloistered square and garden is being added. The garden has been made possible through a generous donation in memory of Geoffrey and Kathleen Boyes and in recognition the new garden will be called The Boyes Garden.
Sarah Montgomery, Managing Director of the Arboretum, said: “We are delighted to have reached this point, the new Remembrance Centre is clearly visible above the hoardings and it is already looking stunning. I’m extremely grateful to our Appeal Council, chaired by Major General Patrick Cordingley, and the Arboretum team, for all their hard work to secure funds raised so far and to all our supporters. We now need as many visitors and supporters as possible to donate and help us raise the final £2.3m.”
“Our heartfelt thanks goes to the trustees of The Sackler Trust, The G & K Boyes Charitable Trust and to the Alrewas and Bromsgrove branches of the Royal British Legion – the latest generous contributors to our campaign. Their donations have taken us to £13.4m, and we are working hard to secure the remaining funds.”
Major General Patrick Cordingley DSO, Chair of the Appeal Council, said: “We have been overwhelmed by the generosity of individuals and organisations alike in supporting our fundraising campaign.
The trustees of The Sackler Trust, commented: “we recognise the growing importance of the Arboretum as the nation’s centre for Remembrance, and its urgent need for new and larger facilities to accommodate the rising number of visitors. We are pleased to support the next stage of the Arboretum’s growth and success.”
Play your part in supporting the Appeal here 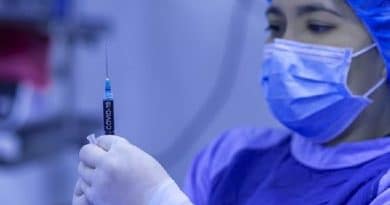