The UK’s only national celebration of accomplishments by Black and mixed heritage young people will make its way to The CEME Conference Centre in Rainham, Essex on Saturday 26 November, when the 6th National Black Youth Achievement Awards (BYA) will highlight excellence within the community once again.

The first event took place at the Bernie Grant Arts Centre in November 2009, followed by the Camden Centre in 2010; Jury’s Inn in 2011; The Tabernacle in 2012 and Waltham Forest Town Hall in 2014. To date, over 300 individuals have been recognised for their accomplishments, and more than 300,000 people around the world have been able to read about UK youth in a positive light.

Founder Kay Oldroyd said: “Whilst we are still faced with the reality of prejudice and racism in our communities as well as ageism, it is crucial that we continue to uplift and motivate our young people to excel in all that they do, and publicly celebrate them whilst challenging stereotypes and negativity.

“Young Black and mixed heritage people are still more likely to be excluded from mainstream education, face barriers to employment, refused access to opportunities, be disproportionately represented in the criminal justice and mental health systems, and have limited positive visual images in mainstream media to look up to.

“However, there is an abundance of unrecognised talent, leadership and excellence that lies throughout the younger generations, and we take great pride in being able to highlight and promote that through the BYA Awards, as well as creating vibrant, positive role models to impact and influence future generations in the right way.

There were 11 categories open to the under 25s: Literary, Performing and Visual Arts; Education; Sports; Business & Enterprise; Community; Resilience (those in care/care leavers); International Champion; Choices and STEM (Science, Technology, Engineering & Maths), as well as three categories – open for any age group – championing the Mother, Father and Youth Organisation of the Year. Nominations were taken via the website www.bya-awards.com and closed on Friday 16th September. Category finalists have now been short-listed, with 14 winners announced on the night.

Children’s charity Barnardo’s is supporting this year’s awards as Headline Sponsor and as sponsor of the ‘Resilience’ category.

Barnardo’s Chief Executive Javed Khan said: “We’re really proud to help recognise the successes of Black and mixed heritage young people through our support for the BYA Awards. Every day, Barnardo’s supports a diverse range of children, young people and families, and we continually witness those young people achieving great things despite the many barriers that may be placed in front of them. There are so many inspiring stories out there, and I’d encourage people to attend and hear those stories at the awards ceremony in November.”

“In this day and age, we as adults, parents and members of society need to stop complaining about how younger generations are underachieving. We must nurture them and fill them with promises and hope that life is more than just what they see on social media and within this broken society. The BYA Awards play a pivotal role in making sure the youth are supported and nurtured into becoming active and engaged citizens with an empowered sense of self and strong, balanced minds.  I am a living testimony to their great works.” – BYA Finalist & Ambassador, Kazeem Tunde of UK RnB group Rough Copy.

“There’s a Success Story in Everyone” 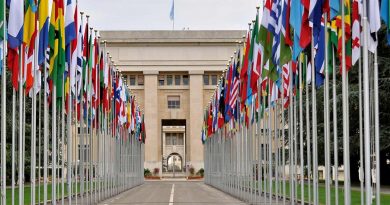 Religious freedom: How is the EU doing?