Celebrations in 1998 and beyond, which commemorated the docking of the SS Empire Windrush, perhaps inadvertently associate the initial arrival of Black people in Britain with that post-war era.

Although the Windrush did not bring the first Black people to Britain, the ship’s arrival can be used to mark the beginning of a specific period of immigration and history[1].   However, Black people were in England during the Roman rule of England and perhaps before. During British rule, there was no Act of Parliament, which enshrined discrimination in law – unlike the United States – therefore official documentation was not required to record race.

It is estimated that between 1500 and 1807 there were anywhere between ten to twenty thousand Black people in Britain. Sadly, we do not know the exact number, nor do we know what their lives were like. It is even more challenging to find information about Black women; prior to 1750 there are few official records attesting to the presence of Black women in Britain, most of the information is gleaned largely from passing statements, such as the examples cited below.

Perhaps the earliest evidence of Black female presence in Britain is the skull of a young Black girl found in a tenth-century Anglo-Saxon burial ground in North Elmham, Norfolk[2], with possibly the earliest record of a Black Christian woman being a baptismal record dated 11 December 1504; the woman was attached to the court of King James IV of Scotland. [3]   Records from the 1500s provide evidence that enslaved Black women were brought to Britain, where they were made to work in various capacities. Evidence for the presence of Ellen (or Helena) Moore and Margery Lindsay, two Black women, can be found in the account books of the Scottish court in Holyrood from the 1500s. These documents record payments and requests made by the Scottish king for the transportation of Ellen and Margery. They also show orders for the purchase of expensive gowns, slippers and gloves for both them and their maidservants. [4]

In England, from Devon through to Kent, a handful of Black laundry maids and pages could be found, young people who lived in noble mansions as household servants.[5]   In 1726 Black women were documented as being present at a christening, along with the two godmothers and their attendants; the newspaper report described them as being “well drest” [sic].[6] In 1764 a British newspaper reported that Black women ‘supped and drank’ at a public house in Fleet Street, London, until four in the morning. [7]

From 1750 there are works of self-expression, ‘autobiography, political protest, journalism and other published writing by Africans who lived in or visited England and wrote in English[8]’. We find examples in the writings of Phyllis Wheatley (1753–1784), Mary Prince (1788–c1833), Mary Seacole (1805–1881) and Amanda Smith (1837–1925). [9] The work of Mary Prince and Phyllis Wheatley attest to their Christian faith.

It would stand to reason that there were other Black people who also wrote and who lived ordinary and extraordinary lives. However, to our disadvantage, our understanding and knowledge of Black British history has been submerged beneath the detection and illumination of ‘racial prejudice, the British slave trade, slavery itself or abolition. A great deal has been written on these areas of history and in most the focus has been on how White people perceived Blacks.’ [10] Whilst not dismissing the Atlantic Slave Trade and its effect as unimportant, the role of victim does little to show what Black people have done!

Can we claim as our history the presence of Black nurses? Women (and men) who, like Mary Seacole, believed in themselves and contributed to the making of a national health service that is the envy of many countries. Can we claim as our history the Black servicemen and women, like George Powe who, in 1943 aged 17, joined the Royal Airforce?[11] How about the members of the West African Christian Union, the African Progress Union and the West Indian Students Union (WISU) formed in 1945 – perhaps even as early as 1924?   A number of Caribbean Heads of State, the judiciary and academics were leaders of WISU. Can we claim the three West Indians who, before 1955, were presidents of Oxford University Student Union? [12]How about Thomas Kwame Brem-Wilson, a Ghanaian who pastored a Pentecostal congregation in London around 1907?

Eulogising the system of slavery and its effects diverts attention from the resilience, tenacity, achievements and history of the thousands of Black British people who were just here! 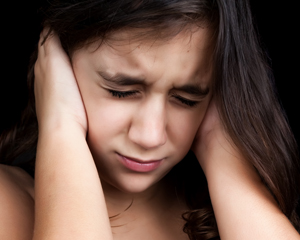