Two women are killed every week as a result of domestic violence. Raj Holness, recipient of the 2016 West Midlands Community Champion Asian Business Award, came close on several occasions to being included in those statistics. But, three months shy of her 21st birthday, Raj made the life-changing decision to walk away. She went on to pioneering work that helped other women to do the same and, 18 years on, in addition to supporting women to overcome the devastation of domestic abuse through her social enterprise, ‘Breaking the Silence’, she is about to open a retreat house in Birmingham to further that work.

Raj, who was brought up as a Sikh and who experienced abuse from the age of five, said that as life-changing as her decision was to leave her home, the real change came when her former partner introduced her to a Christian family. Raj subsequently became a Christian and said, “That is when my whole life changed. Regarding the traumas I had suffered, I stopped asking, ‘Why me?’ and I started asking God, ‘What is my purpose in life?’”

As she devoted herself to the Lord, Raj later had a vision where she saw broken women from all walks of life going towards a house, and she kept hearing a voice saying, ‘Grace House’. Raj wrote the vision down, but she also felt that the Lord was saying that she was not ready to launch it.

She continued to spend several years helping other women through their situations of domestic abuse, human trafficking and arranged marriages. Fourteen years later, Raj felt that God was asking her to launch the vision. So, in 2013, the social enterprise, ‘Breaking the Silence’, was birthed. Raj said the organisation’s goal was to be self-reliant, because she had seen the flaws that had hampered funding-reliant organisations in the delivery of their mission.

Despite the excellent work that Breaking the Silence was doing among vulnerable women, Raj still had the vision of Grace House looming in her mind – the vision that she had received 18 years ago.

As she continued to pray, the opportunity came up to consider a few houses. “I was excited about the first two,” Raj said, “but I also knew there was no scope with these for the kind of expansion that I knew was vital to build dignity into the lives of the women we are working with.

“I went to see the third but, at the back of my mind, I had the prior feeling that the area was unsuitable. However, when I turned my car into the street where the house was, I immediately felt a change in the atmosphere, and I knew that this was the right place. The house itself also fitted the bill for the things we wanted to provide for our residents.

“On separate occasions, two other members of our management team subsequently visited the premises, and they both said the same thing: ‘This is Grace House!’”

A crowd-funding campaign was recently launched on Indiegogo to raise the £700,000 needed to finalise the purchase of Grace House and to carry out the renovations. Members of the public are invited to participate by logging onto https://igg.me/at/Grace-House.

In recognition of the 10th anniversary of Raj’s work with vulnerable women, and of her speaking out the truth about abuse, there will also be a fundraising and celebration event on Saturday 26 November at the Birmingham Town Hall, dubbed ‘An Evening of Honour 2016’. Proceeds will go towards Grace House. Further information can be found on the Breaking the Silence website (www.btsuk.org/services/events).

Raj said, “Grace House will take a holistic approach to helping our women to rebuild their lives. Among other things, we are partnering with local organisations to equip the women with basic skills and jobs. There will be a day care centre for children while new schools are being found, and we will work with the women so that they will leave as different women from when they came in. Our mission is to break the silence, so that these once-broken women can find grace and hope to move on with their lives as whole people. We hope to open the retreat next year.” 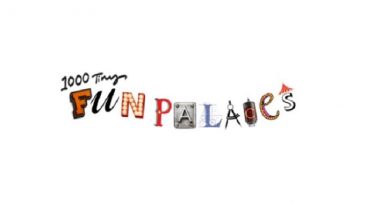 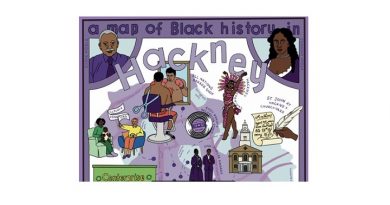