The UK Government recently allocated £2.4m for safeguarding churches, as a result of the Saint-Étienne-du-Rouvray attack. However, this only covers physical and technical aspects of security, and will go a very short way when spread across all of the churches in England and Wales. Consequently, there is a greater need for self-funded behavioural planning and training rather than for physical or technical improvements. Behavioural improvements are key, as they are unobtrusive and reflect the desire for a more open and welcoming church atmosphere (so less CCTV, fewer fences, locks, etc).

Mark Rowley, Assistant Commissioner for Specialist Operations, gives clear guidance on responding to an incident involving a terrorist or disturbed individual who wants to commit harm to the public: “Run as far away as possible and, when you can’t run any further, hide, and then call the police, because we’ve got the people, the resources, the firearms to deal with it.”

Being able to recognise a threat is as important as responding to that threat. Only with proper and frequent training can a church security team be truly effective. A good security team needs to plan and prepare to deal with issues, such as an armed individual under the influence of alcohol or drugs, and/or having mental illness issues, unruly demonstrators, necessary evacuations or medical emergencies, as well as any other potential threats. Dealing with disruptive behaviour, such as shouting, cursing or trying to take control of services, must be dealt with quickly and with as little disruption as possible.

A security team must train and practise in advance for such events. Car park security is as important to prepare and train for as inside security. Visitors to our churches need to feel confident that they will be safe and secure while attending church. The car park security staff ideally would be the first to observe any potential threats entering the church grounds. Other responsibilities for a security team can include protection and monitoring of any children and youth areas, maintenance of first aid kits and emergency equipment, as well as providing security for special events.

Self-determined actions are key, as it could prove to be fatal if expecting that the emergency services will be present straightaway – they may take some time to arrive; not being sufficiently equipped initially to deal with an armed threat; having to undertake initial incident scoping, and forming multi-agency command teams to agree a response.

A comprehensive behavioural plan will also facilitate preparation for difficult issues as:

The acid test of any counter-intruder response plan to deal with an active shooter or a Marauding Terrorist Firearms Attack (MTFA) is: Has it been written from the basis of what the attacker would do, why they would do it, and how they would do it? If not, then it has been written from the perspective of what the author would wish or expect to achieve, and that poses a serious problem, as anyone who has dealt with a situation involving an aggressor knows that the perpetrator has a vote in the outcome, too. Indeed, plans often do not specify what is to be physically done if an intruder actually attacks staff and parishioners, causing casualties, and isolates people from places of potential safety. Of course, plans talk in general terms about Run, Hide and Tell, but that does not help when you are stuck in a church trying to find a way out with your fellow parishioners, and are being attacked by an armed intruder (BWM Consulting Ltd).

It can be difficult to convince church leaders to invest in church security. It has been said: “Surely God will protect us in His house? Why not just rely on local police and medical response teams in case of an emergency?” I believe that God expects us to be prepared and protect ourselves. Throughout the Old Testament, God depended on His warriors to fight the battles and protect the people (Nehemiah 4:9).

So, what can be done? Whilst the odds of an incident affecting a particular site amongst the 50,000 churches in the UK is extremely low, it is possible, and therefore it should be appreciated that the most cost-effective enhancement is based in an accurate plan and sufficient training. As it takes years to gain the skills, knowledge and, most importantly, the experience to plan and train an effective counter-intruder response, together with the ability to think like an intruder, it is pointless to try to get church staff to try to write such detailed plans. Therefore, the only realistic option is to engage a professional with the above qualities to assist with the formulation of the counter-intruder plan, and to deliver the subsequent training. Experience has shown that companies, such as BWM Consulting Ltd, provide such products.

Dealing with the financial impact of Covid 19 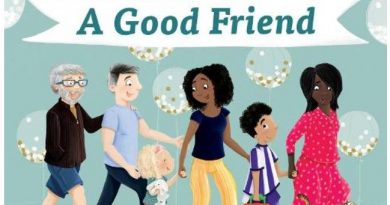