I’m not trying to be provocative. I’m asking a genuine question: What would happen if from tomorrow we decided NOT to call the music, which has evidentially emerged from the Black Christian faith-based churches, by its widely known and established name – gospel music?

Let me say here that this is a UK and not a US discussion point, which has been bubbling behind the scenes at various degrees of heated argument for some time. It normally raises its head at times of key change, and I think we are approaching a new season. Therefore an attempt to give some clarity on the matter might help.

I’ll admit right now, I’m NOT for the idea, so I know I’m probably going to do a shoddy job of stating the case for a change. But I will try to be fair, and you can be the judge. Right?

Why a Change in the Name?

The case for the change, from what I’m told, reasons that:

[We’ll stop at these three for the sake of space in this article. Let’s pick up further comments on Keep The Faith and my Facebook page.]

WARNING: Do Not Destroy

There are some elements of truth in all three of the above points. Please don’t take offence at this: they say every lie must have an element of truth for the lie to be believable. I’m not saying these views are lies, but they are views that ‘muddy the water’. My WARNING is that any attempt to ‘throw out the bath water’ in this way will result in ‘throwing out the baby’ too! I truly believe we will destroy a distinctiveness that God Himself has permitted for us to be in the Body of Christ.

Let me explain a little backdrop to support my argument…

Firstly, when Thomas E Dorsey, who is recognised as the ‘Father of Black Gospel Music’ popularised the phrase ‘gospel music’ back in his heyday of the 1940s, little did he know what he had inadvertently set in motion. Gospel music became the preferred and accepted phrase for describing the sound, which was birthed in the churches of Black America. No one denied it, refuted it or has tried to destroy it, but rather, on the contrary, to uphold its virtues and to ensure it is enshrined and acknowledged by each successive generation of forefront artists. Kirk Franklin, Mary Mary, KiKi Sheard, Deitrick Haddon, J Moss, among others, may all be considered contemporary, but listen again to their music – the gospel sound is there. In the annals of American cultural institutions, and at the White House by presidents, gospel – just as with jazz and blues – holds its highly deserving place of honour. I mean, can you imagine ANYONE in America saying JAZZ or BLUES should NOT be called jazz or blues?

In the Black churches of the 90s and onwards, we began to realise we had excelling songwriters and composers of our own. It wasn’t about mimicking our worthy US counterparts, but describing the worthwhile and real experiences of our faith walk with God, and interpreting them with the influences of our past and what we drew from around us. Enter Howard Francis, Mark Beswick, Noel Robinson, Lavine Hudson, John Francis and David Daniel… A British Gospel sound was taking recognisable form.

While this was happening, individuals who had been genre-specific artists in the world – reggae and then hip-hop in particular – got saved in droves: reggae female artist Ann Swinton; rap artist The Gifted, and the Ugandan afro-funk male vocal group Limit X, number among the early pioneers of change. It seemed like the Holy Spirit had cast a net that trawled these fishes in particular. He knew, of course – more than those who moaned and groaned about ‘worldliness’ – that there was a generation to capture from the madness that was to come in our current time, namely gun/knife and gang culture. He knew that some of our own children would be caught up in it, and He sent ‘musical messengers’ in these genres to speak at the sonic level this generation could hear.

Because these musical forms were ‘raw and real’ at the time, the only way ‘we’ could allow them to be sung in church or by young people of the church was to justify it by declaring it gospel music because of the lyrical content – NOT because of the music form.

And so the divisive theory developed with the statement: Gospel music is only the lyrics.

Factual reply: No, it is not! Ask any ethnomusicologist! Ask a music historian!

Too much water has passed under the bridge to change the tide of time. We adopted the phrase ‘gospel music’ here as an integral part of the formation of our Caribbean and African Church persona, as it were. Whether we realise it or not, it is part of our protective socio-political armour: our right to preserve, express and define who we are as a people who make up a significant part of the faith community in Britain. To destroy it is to dismantle one of the most important pillars of our grounding. We don’t need ANYTHING that erodes any aspect of our distinctiveness on the landscape of our society. Too much has already been eroded in our family and community structures as it stands.

This idea, that we need to call it ‘another name’, seeks to rob us of our spoken musical history; to take away reference to what is an extremely rich heritage and legacy that is rooted in our spiritual experiences, our social struggles and our cultural distinctiveness. The factors are critically central to who we are and to where we have come from – even specifically within the Body of Christ.

May I use this analogy for my second point: When, in the 1960s, Britain was at one of its most prevalent stages of moral decline, and the indigenous churches were fast losing ground under the weight of the spiritual onslaught, the Lord sent some ‘white blood cells’ – in the form of the Black churches – to join forces and strengthen Christian witness and spirituality. Gospel music was often the door-opener forming these necessary bonds. It did a lot of healing and renewing. Many church leaders of different denominations testify of it; church leadership engagement today trace their current relationships across denominational, race and cultural barriers through it.

Rev Joel Edwards, who is considered one of the great churchmen of our times, wrote a book entitled, ‘Lord, Make Us One But Not All The Same’. It’s a book about unity and diversity in Christ, and charts his own journey from being a member/pastor in the New Testament Church of God to becoming the General Director of the Evangelical Alliance, representing over a million Christians of every hue and background. I don’t know whether he thought it up, but the title certainly sums up my feelings about retaining ‘gospel music’ as a valid term. Who has a valid alternative name, anyway?

Gospel Music – A Sound and a Cause

Thirdly, gospel music is GLOBAL and has been that way for a long time. It isn’t true that it resides within a cul-de-sac. Only those with illwill speak of it as ‘ghettoised’. Like all music forms, its continuance is assured where it is held at its highest place of esteem and sacred purity, a safe place where it nurtures its inheritors – the Church.

Let us become fully cognisant of the need to respond proactively to the potential and power of gospel music – both as a distinctive sound and a distinctive cause; to practise holding these two key elements in beautiful tension; to use wisely every aspect to a godly advantage.

Further, let us not ask anyone to choose between sound and cause. Let’s be mature in our artistic outlook.

There is no doubt that Black Music has impacted the world since the end of the 18th century. In view of all the adversity and injustice of the past and the challenges of the future, let us be glad that God has preserved for us a place to be a distinctive light; to say GOSPEL MUSIC, to sing GOSPEL MUSIC, to create GOSPEL MUSIC. We are echoing the voices of the past and heralding our own voices; to give future vocal empowerment to ministers and performers – sure solid ground on which to stand for Christ’s sake.

Nikki Berry Takes Us On A Journey To Restoration 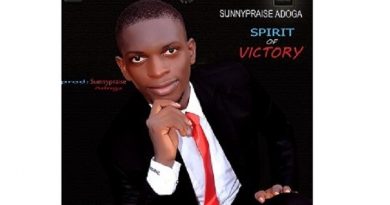 USA Based artist Buhle Adeyemi releases “Power In My Praise”