It may or may not surprise those familiar with the name and sound of Lisa McClendon when they hear the statement, “Lisa McClendon has gone jazz”. Lisa McClendon, while associated with gospel music over the last decade, her sound has always resonated with a soulful yet jazzy undertone. And, while she may have “gone jazz”, she hasn’t quite left gospel either. Ms McClendon refers to it as an “expansion”. Great news for those of us that love her for gospel.

Lisa McClendon, a small town preacher’s daughter, had the very best of all music worlds: being raised in a Christian home, with a Baptist mum and a Pentecostal dad. She describes her musical home life as free. “My mom just let me be me,” McClendon recalls. McClendon shares how her mother would bring home cassette tapes of music, like European songstress Mica Paris, bluesy singer/musician Bonnie Raitt, and even the likes of the Spanish crooner, Jon Secada. And while her mother encouraged her well rounded musical experience, Lisa was also heavily baptised in the sound of gospel greats, like The Hawkins Family, The Clark Sisters, and even quartet greats like The Soul Stirrers, The Williams Brothers and Willie Neal and The Gospel Keynotes. With such a big appetite for music there was clearly evidence that she also had a huge love for jazz.

Lisa McClendon’s love for jazz was apparent, as she recalled times of often bypassing the opportunity to play outside with neighbourhood friends as a teen. Lisa remained nestled in the warm covers of her mother’s bed to enjoy old black and white movie classics and vibrant musicals. “I was just very fascinated with the bright colours, the intricate dance moves and the big music. It felt like it was an area I was meant to be born in.”

With the guidance of her mother, Lisa McClendon continued to cultivate her love for music – and jazz in particular – by spending hours singing in her bedroom into a hairbrush she used a microphone. McClendon laughs at the memories of sitting on her window sill on rainy days, pretending to be the ‘It girl’ in musical videos. “I had also convinced myself that I could dance like Fred Astaire and Ginger Rogers,” McClendon laughs. The more McClendon shares, it’s clear that her jazz influence stretches far beyond the sound of smooth jazz. Her stories of jazz seem to paint a bigger picture of American music meets traditional jazz.

When inquired about her biggest jazz vocalist influence, without hesitation Lisa McClendon responds with a confident “Ella Fitzgerald”. “Her voice control and her stage presence are impeccable,” McClendon exclaims. One of McClendon’s first Fitzgerald covers was the classic, ‘Angel Eyes’. “While it’s not actually Lady Ella’s song, for me it’s the best rendition to date of that song. It’s always fascinating to me to hear different vocalists interpret the same song in their own way. It’s a great way to give songs and lyrics longevity.”

McClendon believes this is one of the reasons that she took to writing as well. Writing, for Lisa McClendon, was the door that opened her to the world of a professional recording artist. “I’d actually been writing for an independent label when I was signed to my first record deal.” Lisa states that one of her goals in writing is to write songs that will outlive her life span on earth. “Any time your work can outlast you, you’ve done something remarkable,” says McClendon.

Now deep into her transitional expansion onto the jazz scene, Lisa McClendon is both excited and admittedly a little nervous, as she realises that expanding into the jazz world feels like her introduction into gospel some 15 years ago all over again. “You have to work hard to be heard and taken seriously. Everyone can sing. So you must figure out how to stand out and be heard,” McClendon shares. Even in the midst of the sometime uncertainty, McClendon says she is grateful for people who have come into her life, like ‘Sister Act 2’ actress Tanya Blount (Trotter) and her husband Michael Trotter Jr. Mr Trotter is responsible for penning McClendon’s new song, ‘I’ll Fall In Love Again’.

McClendon attributes part of her confidence to them helping her find her voice and believing in her again. She also attributes her continuing rise to her mentor, Sonia Jackson Myles, former corporate purchasing executive and one of Essence Magazine’s 25 Women of Power in 2008. “She helped me identify the roadblocks of my past, and showed me how to ‘DreamWalk’ again through her DreamWalker’s Academy.”

McClendon says it is very important to her that she publicly recognises the people who have helped her get where she’s at. McClendon also has come to realise, like the beautiful structure of jazz, you can’t succeed in life alone. 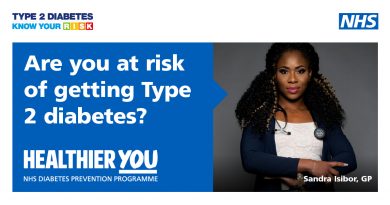 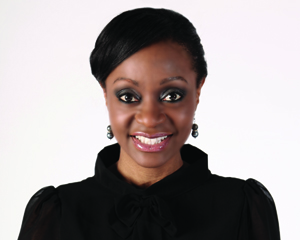