Chances are, you are one of the many people who have found it necessary to cut back on the consumption of bread due to concerns including weight gain, bloating, gluten intolerance, flatulence and constipation. Or perhaps you have been forced to eliminate bread totally, due to more serious digestive disorders, such as coeliac disease. Yes, bread, that wonderful commodity that has nourished nations for centuries, going back as far as biblical times, and that still appears on many of our comfort food and movie night menus – who doesn’t love an indulgent hamburger, a succulent pizza or a three-tier peanut butter and jam sandwich? – has been getting a bad rap and is increasingly being crossed off many a grocery list.

But is bread really bad for you? And, if it is responsible for so many of our health issues, why hasn’t it disappeared altogether from mainstream human diet? Surely our ancestors, who were so astute about food and survival, would have relegated bread to the backwaters of history, and our food celebrations today would include something other than rolls with soup or toast for breakfast. Luckily for them, our ancestors did not eat bread as we commonly know it today. In fact, what we commonly eat as bread today is anything but real bread.

The main difference between bread of antiquity and modern bread lies in the fermentation process used. Whereas our ancestors allowed bread to ferment (rise) for several hours before baking, the advent of commercial yeast has drastically shortened this process, in order to produce more loaves in less time. The result is that a typical commercially produced loaf today is devoid of the benefits associated with proper fermentation. This means that the nutrients naturally present in the flour remain locked in and unavailable for absorption into the body, in much the same way as the life-giving properties in a dried seed remain dormant until that seed is exposed to favourable conditions.

Moreover, since the wheat proteins (including gluten) have not been given enough time to get broken down during a lengthy fermentation cycle, those proteins are introduced into the body in a hard-to-digest form; this is what often triggers the bloating and other undesirable symptoms that many people are familiar with.

Inadequately fermented flour is also known to block the absorption of minerals from other foods within the body, and can actually leach some minerals, such as calcium, from the bones. The science behind this is semi-intuitive: it is linked to the reasons that we soak dried beans before cooking. Soaking beans not only softens them, but also reduces the level of phytic acid present in the beans, and benefits our consumption of beans in the same way that proper fermentation benefits bread. A good starting place for more in-depth information on this topic is the Weston A Price Foundation (westonaprice.org); search for the article, ‘Living with Phytic Acid’.

Thankfully, the bread industry in the UK – and worldwide, in fact – is gradually returning to the age-old practice of lengthy fermentation in bread preparation. So onto the bread stage we are witnessing a rise in the appearance of sourdough loaves in all shapes, sizes and varieties.

Sourdough is basically a mixture of flour and water that is allowed to ferment at room temperature over several days. During this process, naturally occurring yeasts and beneficial bacteria in the flour reproduce many times over, and it is this mixture that is used in place of commercial yeast to cause the bread to rise. The yeasts produce carbon dioxide, which traps air and creates the rise, and the bacteria add flavour, as well as chemical reactions that make the bread more nutritious and easier to digest.

People are beginning to enjoy bread again – without the nasty side effects that came into play with the advent of commercially yeasted loaves. And, although it is not recommended that people diagnosed with coeliac disease should go out and tuck into sourdough bread, there have been studies that indicate that some coeliacs can eat proper sourdough bread without any ill effects.

The sourdough revolution is not without its drawbacks, as is always the case when profit is involved. Smaller scale artisan bakers, dedicated to their craft, will provide you with authentic sourdough bread: adequately fermented and using primarily organic ingredients, without the use of artificial dough improvers and other additives. Larger supermarket chains, recognising the rising interest in sourdough, are putting out what some in artisan bread circles refer to as ‘pseudo-sourdough’, ie. bread with sourdough powder added, but certainly lacking the finer details inherent in proper, authentic sourdough bread.

If a person samples a pseudo-sourdough loaf as their first introduction to sourdough, they will almost certainly be put off for life, as I almost was. And, whereas sourdough may in fact call for an acquired taste, a real sourdough loaf is far superior in quality, taste, texture and nutritional profile to anything that has been produced in the quick, profit-first fashion that drives such a large part of our society today.

Sourdough Simply Satisfies: Sour Flour Jamaica is a small artisan bakery, specialising in the production of sourdough bread. To find out about having a bread delivery in your area, contact Sour Flour Jamaica at Venue 28, 28 Beckenham Road, Beckenham, BR3 4LS. Tel: 07448 531 949. 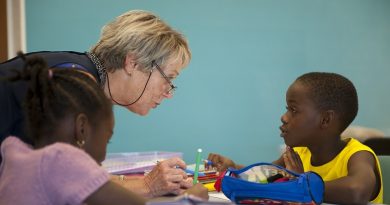 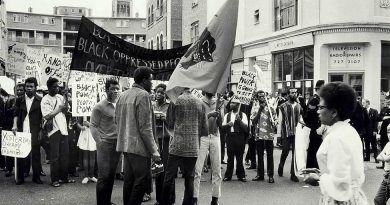