These days, the word ‘depression’ is as common as a preposition in a sentence. So why was I so shocked when, early one summer morning in 2012, I woke up to find that I couldn’t speak? I just sat there, staring at the white wall, hesitantly initiating a conversation with God in my head. “God, what’s wrong with me?” I was having a serious meltdown. The room around me seemed pitch-black, with only a speck of light above me. With the new responsibility of being pastor’s wife, assistant pastor, singer, business owner and a new mum to three additional children, something had been happening on the inside of me that I had been too busy to pay any attention to.

That morning, it just would not allow me to ignore it any longer. I had been giving way too much and receiving way too little in return. I had mistaken being noble, as me giving to everyone else, even if my emotional gas tank was on empty. But we are all very aware that no vehicle can run on empty, and I had somehow convinced myself that I could. The touchy truth is that I’d been doing this my whole life: caring for others and not caring for me.

At the age of seven, my whole life would be forever changed, when the babysitter’s son blemished my innocence. He had begun taking advantage of the presence of a little girl in the house, and had attempted to reenact the different box office adult movies he had no doubt witnessed, occasionally taking a front row seat as a spectator, while directing the lewd acts to be performed between myself and another little boy in the home. The fact that it took me 15 years to tell my mum what had happened prompted me to inquire from within, Why? Why did I not tell anyone? He hadn’t threatened to hurt me if I did. Why did I wait so long to reveal this deep dark secret that had often placed me in the nucleus of sadness and loneliness?

My parents were pretty fun-loving parents. I would soon discover that more than anything I just didn’t want to disappoint them. How does a vibrant 7-year-old interpret someone molesting her as ‘her fault’? I’m not really sure, but that interpretation would follow me well into my late 30s. While I learned the unhealthy art of lashing out, deep within there was a fear that resonated. There was this haunting fear of letting people down. So I attempted to carry everyone else’s needs over my own, simply to keep them happy. This eventually became too much to bear, and made me very unhappy.

Now in my late 30s I couldn’t run away. I couldn’t lash out. I had to sit there and face it head on. I had to ask the hard questions. I had to do the scary but hard work. I no longer had the ability to care about everyone else. I had to learn how to care for myself. But I had yet another secret: I didn’t know the first thing about self-care. As the oldest of four siblings, I was groomed to take care of other people, sometimes even take the fall for other people. That’s just what the eldest sibling does, right? Well, apparently my mental state did not agree.

That summer morning conversation with the Most High led me to change the way I was living my life. One of the very first things I knew I had to do in the mornings was to have some alone time – just me and God, before anyone else in the house woke up. That is why I started getting up at 5am – the inspiration behind the title to my new album.

Next, I had to change my diet. I’d already previously flirted with a healthy lifestyle following constant illness I had during the pregnancy of my now 11-year-old son. But this time, I couldn’t afford to flirt; I had to be totally committed to help escape depression.

Depression is not an easy battle to fight, but I am proud to know that I am truly winning this battle and helping other people struggling with depression, along the way.

10 since the start of the Syria crisis, children describe the lasting horrors 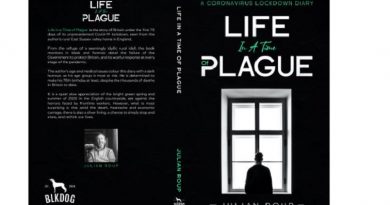