Apparently, we are living in the age, where it’s fine for women to approach men and pursue relationships with them. Wrong.

During one of my radio shows, a man said that he was being inundated with women lining up to be his wife. Another young man implied it’s time for women to ask guys out, and that men being the sole instigators of pursuing relationships was ‘old school’.

Let’s talk about this. But first, a whistle-stop tour through a biblical story of love, loyalty and commitment…

Ruth’s devotion to her mother-in-law, Naomi, leads to a beautiful romance that sees her becoming part of the lineage of Christ. In Israel, the barley harvest began in spring. Ruth was a poor foreigner (having left her own family and nation), with few prospects, but managed to secure a job gleaning the grain left by the harvesters. It ‘just so happened’ that
the field belonged to Boaz – a well regarded businessman – who was intrigued by Ruth and her hard work, and did some digging around to find out more about her.

He was impressed by Ruth’s reputation: “I’ve been told all about what you have done for your mother-in-law since the death of your husband, how you left your father and mother and your homeland, and came to live with a people you did not know before. May the Lord repay you for what you have done.” Her faithfulness and commitment were about to bring favour her way. We know how this ends. Ruth does well to be guided by Naomi, and prepares herself for a divine encounter with Boaz. This sees her strategically positioning herself at his feet and asking for his covering: “Spread the corner of your garment over me, since you are a kinsman-redeemer” (Ruth 3:9).

Ruth was boldly asking Boaz for a pledge from him to marry her. Her action was in accordance with the law of levirate marriage, which required the initiative of the widow in seeking the marriage (Deuteronomy 25:5, 7-10). The role Ruth plays on the threshing floor should not be interpreted as meaning that women today can pursue men and ask for their hand in marriage. This is to take this passage out of context.

Boaz had a relationship with the family of Ruth’s husband, and this meant fulfilling certain obligations to Ruth as his relative’s widow. These obligations included: ‘redemption’ of family property; protection of the widow from poverty and, in certain unique contexts, marriage to a male relative’s widow. Boaz even suggested there was someone else with a closer connection to her family, with ‘first refusal’. He was a good man and followed protocol.

What Ruth is not doing on the threshing floor is asking Boaz out for dinner because she wants him. Her boldness was triggered only by the cultural tradition of her time. She is asking for Boaz to bring her under the authority of his house, to redeem her from poverty, because of that pre-existing family relationship. A much closer modern-day comparison would be a woman asking her father, pastor or a couple in her church to guide her in finding a spouse, so she is protected in that season of preparation for marriage, and isn’t derailed. This is a very good idea, and allows us to follow protocol. It is not ‘old fashioned’. People who care for us and have walked the road of courtship (or dating, whichever terminology you prefer) will see the positive and the negative traits in a person’s character that we may not see. Age has no relevance here; a person declaring to be ‘in love’ at 55 can be just as deceived – confusing love with lust or infatuation – as someone who is 25.

What we can derive and replicate from Ruth is her loyalty, commitment and obedience. If she hadn’t listened to Naomi, she could have missed her destiny. If she didn’t have a good work ethic, and hadn’t been strategically positioned, she could have missed her destiny. If Boaz had done his groundwork on her, and had discovered she was rude and had been going from one failed relationship to the next… well, we serve a merciful God. No matter how hard she worked in that field, however, Boaz may have chosen someone else. Remember, he had a reputation to protect.

These are the qualities we can learn from Ruth, and pray for God to instil in us, so we too can be ready and well positioned for marriage.

One other thing: don’t have sex with someone you are not married to; it will damage both of you. You will enter that arena of lust, which means your decision-making will be completely compromised. Don’t do it! Men and women, you are worth the wait! This leads me right back to the point of modern-day dating.

It’s wise to set patterns in dating that will serve you well in marriage, especially if you accept the notion that the purpose of a dating relationship is to find and evaluate a potential spouse.
A man holds the role of priest and provider in marriage; he is to lead the way. Women, if you don’t allow him to ‘find you’, which is the biblical direction we are given, I guarantee you when the going gets tough in your marriage – and it will – both sides will wonder whether God had spoken. Women, who tend to be more emotional than men, will start asking themselves: “I did all the chasing, so did this guy even love me in the first place?” Men may ask themselves: “Why didn’t I have the courage to go after that sister I really wanted?” Deep, I know – but it happens. And, marriages have ended.

May I say it was wonderful being pursued by my husband. His love for me was unquestionable, and his proposal of marriage was quick. I wasn’t kept hanging around for years, wondering whether it was going to happen and wasting my time.

Sorry, men, but a man who isn’t confident to ‘hunt’ and find a wife is still a boy. Women, be careful. If he is not comfortable hunting – just because he has been rejected before – how do you know he will provide for you, once the honeymoon period has worn off?

That is why I prefer the term ‘courtship’. It implies a system where appropriate others judge and assess a relationship based on all the evidence given from both sides. It allows for a level of interrogation that can confirm a relationship to be right, but can also flag up any obvious future challenges.

As mentioned earlier, this process should be conducted by those closest to us in positions of authority – not someone who you consider to be a friend, but who secretly wants the person you are with for themselves! (That could be a relative, too – so be careful.)

I have been quite frank. Why? Because we are at the start of a year, and I care that we get this process of preparing for marriage right. It will mean happier marriages and fewer divorces.
There is a very subtle deception based on the notion that a woman waiting and preparing herself to be swept off her feet is ‘old fashioned’. I profoundly disagree. Rather, it is biblical and wonderful, too. Plus, it is the stuff all great movies are made of – my favourite being Pretty Woman, so there you go. 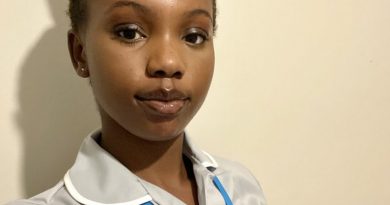