Over 25 events have been confirmed for the London Games Festival Fringe.

From Thursday, 30 March to Sunday, 9 April, residents and visitors to London can compete in FIFA, NBA and GoldenEye tournaments, interact with live games in unique London locations, shop for retro treasures, test their nerve at a horror games lock-in, or discuss games from an academic angle during conferences at UCL and Queen Mary University of London.

Events take place across the capital, from the V&A and British Library, to the London HQ of Candy Crush makers King, Loading Bar and beyond.

The Fringe demonstrates and highlights the creativity, reach and diversity of the games scene, both in London and the UK.

This slate of events complements the official London Games Festival activities organised by Games London, an initiative delivered jointly by Film London, the capital’s strategic agency for film and media, and UK games trade body Ukie. Backed by the Mayor of London, with funding worth £1.2m from the London Enterprise Panel, the London Games Festival is part of a new drive to promote the UK’s wider games sector and make London the games capital of the world.

The full line-up of confirmed fringe events is available is below:

Defold Open Training
King HQ, Friday 31 March
This free training held at the King offices in London is a unique opportunity to join King developers in learning the game engine Defold. Learn and build together, enjoy some complimentary food and drinks, share experiences and have a good time.

Game On: Contemporary Board Games Study Day
V&A, Saturday 1 April
Hear from games designers and academics; see early treasures from the Museum’s collection and join in the board game jam. The day will be chaired by James Wallis games designer and Director of games design consultancy Spaaace and will be a playful celebration of all things Table Top.

Cinedouken!
Studio Spaces Pennington, Friday 31 March
Watch one of the all time great ‘so bad it’s good’ movies – Street Fighter – and join in the fun with heckling, drinking games and interactive segments of the show.

Joypad EGX Afterparty
Studio Spaces Pennington, Saturday 1 April
No need for the fun to end once the EGX Rezzed doors have closed as Joypad is holding two after hours parties.

Bonus Stage
Loading Bar, Dalston, Sunday 2 April
Bonus Stage is an indie games showcase happening at Dalston’s Loading Bar. The venue is home to a regular co-working space for indie game developers. They have invited friends from around London, and nearby, to show the world what they’ve been working on.

Evasion
Hotel in Bankside, Sunday 2 April
Fire Hazard Games presents Evasion: a high-octane spy adventure on the streets of London. For two hours, players will be racing against the clock to complete their mission, cracking cryptic messages under pressure, and liaising with friendly contacts while the enemy is in hot pursuit.

NBA Jam
Ace Hotel, Sunday 2 April
Join Ace Hotel London to go head-to-head against Ace Hotel Pittsburgh in a transatlantic tournament of the classic video game NBA Jam by EA Sports. This 64-player rooftop tournament follows a knockout format, with the player that slams home the most monster dunks in the grand final taking home a one-of-a-kind basketball jersey. London players will be invited to donate to Sports for Schools on the day, a UK-based social enterprise that will provide a local school with a basketball lesson from a Team GB player.

VideoBrains
Loading Bar, Stratford, Tuesday 4 April
VideoBrains is a monthly event where six speakers explore a single theme in relation to video games. The event aims to provide talks that show off the imaginative, creative, unexpected, technical, detailed, solemn, silly or saucy side of games – and to never be boring. This month, VideoBrains is talking all things treachery, backstabbing and betrayal.

French Invaders Apéro with Peak: Meet The French Tech
120 Holborn, Tuesday 4 April
This informal networking event organised by French Tech London, in partnership with Peak, is the perfect opportunity for French and international gamers, start-ups or scale-ups to meet the French Tech community here in London, as well as international gaming companies and investors. It presents a unique opportunity for companies and investors to meet around a few beers and a game of pool or two.

Realms
UCL, Tuesday 4 April
Realms is an evening discussion on the relationship between video games and architecture held at the Bartlett School of Architecture, UCL.

Rocky Horror Show: Touch Me – Launch Party
Lucky Voice Soho, Tuesday 4 April
The Team at Rocket Lolly Games are celebrating the (soft) Launch of The Rocky Horror Show: Touch Me as part of LGF. The game, based on Richard O’Brien’s seminal theatre show, was a successful Kickstarter project and is intended to invoke the spirit of ‘The Floor Show’ allowing players to create their own dances for each of the songs and share them with their friends to follow. Kareoke and costume are optional (unless you are studio founders Ella and Oscar). Register via Eventbrite.

Ukie Student Conference
London South Bank University, Wednesday 5 April
The Ukie Student Conference will be launching for the first time ever down south as part of the London Games Festival. Hosted at London South Bank University, the conference is a fantastic opportunity for students to attend exclusive talks and workshops from industry insiders from all areas of the sector.

More than Just a Game
QMU Law Department, Thursday 6 April to Friday 7 April
More than Just a Game is the only international academic-led conference on games and interactive entertainment Law. Now in its third year, the conference is a well-established platform to exchange ideas, discuss challenges, explore solutions and map the legal issues that must be addressed for a more appropriate understanding, promotion and protection of interactive entertainment. The main theme of the 2017 edition conference will be ‘Virtual and Augmented Reality’

Hit Play UK: The Interactive Entertainment Market and the UK
Venue TBC, Thursday 6 April
Delegates, including Ukie’s Dr Jo Twist OBE and development legend Peter Molyneux, will explore the next steps for developing the technical and creative talent required to sustain the UK video games industry and nurture the UK’s next break out gaming success; examine emerging funding streams and priorities for investment; and discuss and debate the commercial and content opportunities of emerging technologies.

Rumpus
Islington Metalworks, Friday 7 April
SeaSylph Games and Rumpus return with a retro space age, hypnotic neon game/party. Participants are invited to test their mettle in a quest of mesmerizing missions and interactive adventures seeded throughout the event. Collect clues and solve puzzles as they journey through the seven rooms of circus acts, live music, DJs and walkabout wonders.

mayamada GamePad
Bethnal Green, Saturday 8 April
mayamada GamePad is a social gaming event promoting inclusion and diversity in gaming and its audience. This Easter, mayamada is bringing back the magic of gaming in the same room. Attendees will be able to play the new Nintendo Switch console in a family-friendly atmosphere with games including Mario Kart, FIFA, Super Smash Bros, 1-2-Switch and more.

For the Record: Data Discs
Loading Bar, Saturday 8 April
Data Discs will be taking over The Loading Bar in Dalston for a night of music, visuals, records and gaming.

UK eSports News gathering
Secret Weapon, Saturday 8 April
eSports News UK’s very first event is a London meet-up for people, players, coaches, casters, managers and community members in the UK competitive gaming scene. There’s a focus on League of Legends but the event is open to players and people in other games too, including CSGO, Hearthstone, Overwatch and more.

Rabble
Various locations and dates; check www.joinrabble.com
Rabble got bored of boring exercise so it made exercise fun by transforming exercise into games. Rabble plays everything from Capture the Flag to British Bulldogs, Dodgeball, The Hunger games and much more. 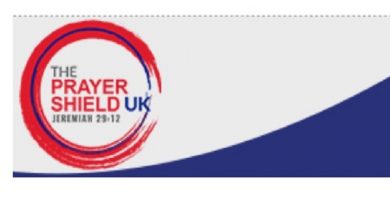 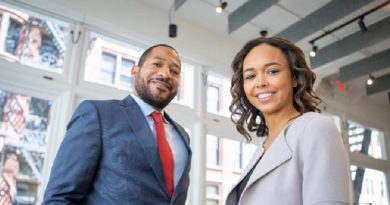