We are delighted to announce that HG Bishop Angaelos, General Bishop of the Coptic Orthodox Church in the United Kingdom has succeeded HE Archbishop Gregorios of Thyateira and Great Britain as the Orthodox President of Churches Together in England.  He will serve alongside The Most Revd and Rt Hon Justin Welby, the Archbishop of Canterbury, HE Cardinal Vincent Nichols, the Cardinal Archbishop of Westminster, the Revd Dr Hugh Osgood, the Moderator of the Free Churches Group, Bishop Eric Brown who represents the Pentecostal Churches and the Revd Canon Billy Kennedy who represented the Lutheran community, the Society of Friends and the New Churches. Said Rev Dr David Cornick, General Secretary of Churches Together in England.

Churches Together in England also express their warm thanks to his predecessor, H.E. Archbishop Gregorios whose four-year period of office has drawn to a close. The Archbishop was the first President to represent the Orthodox churches within CTE, a ground-breaking piece of ecumenical service.  It is a joy to us that the ancient traditions of the Orthodox are such a significant and valued part of the life and experience of the English church family, and we look forward to consolidating that during Bishop Angaelos’s Presidency’.

His Grace Bishop Angaelos, General Bishop of the Coptic Orthodox Church in the United Kingdom, says:

“Having a President specifically representing the Orthodox traditions was a dream that started almost 15 years ago, and it was with great joy that the first President agreed upon to represent the Orthodox Churches in that specific category was His Eminence Metropolitan Gregorios, a brother and dear friend to us all. We are all thankful for all he has done in the past four years and for his wider ministry across Britain.

I look forward to working with all the CTE Presidents, who I am glad to say are valued friends and inspirational Church leaders. Churches and Church leaders witnessing together is the greatest way to ensure that the light of Christ reaches our whole nation, and CTE is a wonderful lampstand from which that light emanates.”

273,000 now displaced due to flooding in Somalia as more extreme weather looms 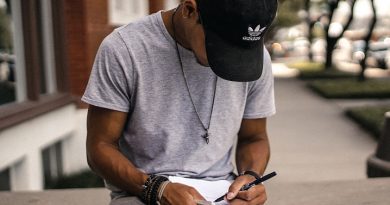