To win the competition, which has been running since 2006, Nu Breed and his winning track, ‘My Story’, had to beat off stiff competition from 1000s of song entries. In a statement released by Anno Domini Beats, they said about the win: “Huge congratulations to Nu Breed from the UK, who impressed our team of 20 judges with his mic presence, delivery, passion and raw emotion. You could tell he really poured his heart and soul into it and held nothing back. Last year’s winner, Enkay47, ended up booking a national tour shortly after winning our contest, so I can’t wait to see where Nu Breed’s journey will take him.”

In the track, ‘My Story’, Nu Breed shares his salvation story, and talks openly about Jesus, the Cross, and His resurrection – a bold move to submit an overtly Christian track to a secular hip-hop comp. About his song submission, Nu Breed said: “I did question whether to send that one off, because it’s quite a strong message. The last eight bars are just fully talking about Jesus. Sometimes the approach with secular people is to slowly get in there, but I just thought ‘Forget it; if they don’t like me, they don’t like me.’ I was blown away with the win, to be honest. It was like God was saying: ‘Don’t compromise for no-one! I’ll swing doors open for you regardless.’”

The competition win was $10,000 in prizes, which included exclusive Anno Domini beats, and access to multi-platinum producers. Nu Breed intends to sow the winnings into upcoming Vital Signs projects. Vital Signs is a music collective and missions team connected to international ministry, The Message Trust, based in Manchester. Most importantly, Nu Breed said of his win: “The biggest thing is open doors to share my testimony and the Gospel. We use music for the purpose of mission!”

The latest project from Vital Signs, ‘Imprint’, by Nu Breed, is available as a FREE download. Get the link at vinejuice.co.uk/music. 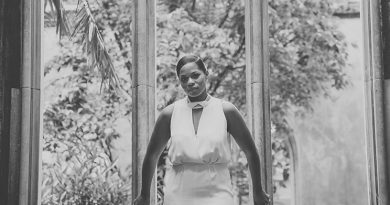