‘For the message of the Cross is foolishness to those who are perishing, but to us who are being saved it is the power of God.’
1 Corinthians 1:18

Paul started his letter to the Corinthian Christians by appreciating the gifts of God among them, before moving on to address the very pressing issue of division amongst them. Paul stated that Christ is not divided, and that it was Christ – not their leaders – who had died for them, and into Whom they were all baptised. Before they started to claim superiority based on who baptised whom, he chipped in that he had not been sent to baptise, but to preach the Gospel – not with words of human wisdom, lest the Cross of Christ be emptied of its power.

Paul started by pitting the Cross of Christ against human wisdom and, from verse 18 onwards, he uses the term ‘the message of the Cross’.

Let’s start by answering the second question first. To do this, we need to go back to Corinth, where the readers of this letter lived. Corinth was a Greek port city of repute back in Paul’s days and, like other major Greek cities, had its own share of philosophers – men who were wise by the standards of this world. There were a few of those in Corinth, and the city was divided philosophically according to these orators.

Annabel Robinson, of the Fuller Baptist Church in Northamptonshire, had this to say about Greek philosophers: “Greek philosophers debated the nature of the world; what the gods were like; what type of government is best; how we ought to live; why we should not fear death; whether the soul is immortal, and so on…their wisdom is not like biblical wisdom, because it does not look to God as its source.”

The human wisdom emanating from these Greek orators failed, in that they did not address the fundamental human question of sin, and did not confer upon man the ability to live right with God and himself. They produced an ever-increasing cycle of despair and emptiness, filled with more talks, principles and rules. These cannot save anyone from sin, whereas the very message of the Cross is salvation.

What is the Message of the Cross?

The message of the Cross speaks of the death and resurrection of Jesus of Nazareth, through which our sins are forgiven forever; we are accepted by God, and we are empowered to live right by the Spirit of God who resides within us. To the Jewish mind, it was impossible for anyone hung on a cross to be a saviour; as a matter of fact, the Jewish scriptures say that anyone who hangs on a tree is cursed, and cursed people cannot save themselves – let alone anyone else. To the Roman or Greek mind, the message of the Cross was not only ludicrous but outright insane; the cross, in Roman times, was an instrument used by the state to execute criminals.

I grew up in Nigeria and witnessed on TV the execution of the worst criminals by firing squad. The offenders would be tied to poles, and shot at by soldiers until they died. For anyone to tell me that the execution pole was the means by which God would save the nation from the mess she was in would sound ludicrous. Dead criminals cannot save anyone.

Jesus Christ was rejected by His own people and executed by Roman soldiers as a criminal. He was nailed to a cross, naked and bloodied. To the Jewish mind, He was a cursed man. The Greek saw Him as just another criminal, but to God, that Man hanging on the cross was the means to salvation – the only means to salvation.

It was impossible for the people of Paul’s day to see any wisdom in the Gospel of the Cross. Paul said: “The message of the Cross is foolishness to those who are perishing, but to us who are being saved it is the power of God” in verse 18 and by verse 24 he was calling Christ the “Power of God and the wisdom of God”. The Jews demanded signs from a powerful God and Greeks sought wisdom. Paul in these verses was saying that the death and resurrection of Christ were the ultimate sign and the ultimate display of wisdom. It was impossible for the common mind to see this; it was hidden from the influential and from those of noble birth, but revealed to the weak – to you and me – in our ordinary lives.

The message of the Cross, let me remind you, is not that a criminal was executed by Romans, though it would appear so to the human mind. In God’s sight, however, the Cross is the means to salvation. Through the death of that innocent Man on the tree, Adam’s sin was paid for, and the claim of satan over you and me was broken. Each time a nail was hammered into Jesus’ hands or the spear was pierced into His side and blood gushed out, God accepted it as the blood to wash the earth from wrath. God through Moses told the Israelites that the life of any animal is in its blood. And so, when the blood of Jesus was shed, when He died, He gave His life for me and also for you.

The orators and philosophers of Greece were not qualified to give their lives for humanity, neither were the prophets of Israel. Only God the Son, the One who made the world and for Whom the world was made, was able to give His life to pay for the sins of His creation. This is the ultimate expression of love, akin to a mother giving her life for her child, and to a king saying “Kill me, but let my people go.” The message of the Cross is the message of sacrifice and freedom. The world saved by the death of one Man, heaven gained, hell lost. Hope is here.

The early Christians believed in this so much that they were willing to lay down their lives for it. There are Christians in many nations of the world today, who are killed daily by the forces of the enemy because they believe in the revolutionary message of the Cross. Paul saw the danger of marrying empty Greek rhetoric with the Gospel of Christ: it would rob the Gospel of its power, because its hearers would think of the message of Christ as just another of man’s philosophies.

What’s in it for me?
The potency of the message of the Cross – the death and resurrection of Jesus Christ – is still as strong today as it was in 1st century Corinth. Jesus died for our sins and rose again to confirm it. Believing in Him gives us eternal life, we are saved forever. We have hope of a better life and of a better future. We are able to bear the burdens, sicknesses and sorrows of this world with joy, because we know that there is a better place awaiting us. Death is no longer feared as the end but as the passage to a more beautiful existence. As a result of the message of the Cross, we know that God works all things together – all our challenges, problems and difficulties – for our good.

The Apostle Paul sums up the effect of the message of the Cross in his letter to the Romans:

May we live our daily lives conscious of the message of the Cross: that we are saved from our sins and guilt, and accepted by God. May we know with full assurance that we are greatly loved by Him – all because of the sacrifice of our King and Saviour, Jesus Christ.

Oyin Oladipo is a Lay Minister in the Church of England. He is the author of the book, God Has Not Forgotten You, and currently studies theology at Oxford. He can be reached on oyinoladipo@gmail.com. 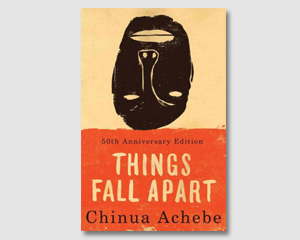