“The arc of the moral universe is long, but it bends towards justice” is one of my favourite single-line quotes. But I was struck by the depth of the whole quote, which reads: “When our days become dreary with low hovering clouds of despair, and when our nights become darker than a thousand midnights, let us remember there is a creative force in this universe working to pull down the gigantic mountains of evil, a power that is able to make a way out of no way and transform dark yesterdays into bright tomorrows. Let us realise the arc of the moral universal is long, but it bends towards justice.” The weight of truth in that statement makes the Pentecostal spirit in me shout out, ‘Hallelujah!’ Many years ago, Dr Martin Luther King Jr gave such a voice to communities in the United States and around the world, as they fought for what they knew was right. In the face of hatred, he inspired millions with a message of love, courage and belief a better world is possible.

We’ve made great progress since Dr King’s time, but billions of people around the world are still fighting for their freedom and justice. It seems we are living in insane times, and daily we witness folk at the extreme ends of the political spectrum hijack the meaning of justice and equity. We are left to argue the middle ground, and what is or isn’t ‘just’ and ‘fair’, but whose measurements are being used to determine what is just and fair? Thinking on this, I looked at a moral theology (also known as Christian ethics), which is concerned with identifying and explaining the principles that determine the quality of human behaviour in the light of Christian revelation. It is distinguished from the philosophical discipline of ethics, which relies upon the authority of reason, and which can only call upon rational agreements for moral failure. For this reason, moral theology appeals to the authority of revelation, specifically as found in the preaching and works of Jesus Christ. The relationship between Christianity and politics is a historically complex subject, and a frequent source of disagreement throughout the history of Christianity, as well as in modern politics between the Christian right and Christian left. So, let me assert my conviction in the context of a moral theology: politics ought to be a moral activity, and we should never feel inhibited in stressing the moral basis of our approach. For me, this is how the Church should relate to politics. Of course, there are moments when this perennial question becomes suddenly urgent and, with today’s scandalous levels of inequality, increasing racism and offensive prejudices, I would argue these are urgent times.

The Hebrew Bible and the Gospel of Jesus both command all who hold them dear to care for the poor, the weak and the vulnerable. So, let’s let examine who are the poor, the weak and the vulnerable. Maybe it’s the homeless, the orphan, the refugee or the poor. Maybe it’s the single parent on benefits or minimum wage; the former army officer living on the streets, because he is traumatised; or the kids living in care, or the stranger who arrived on the shores of Britain because they had a dream of a better life. Or maybe these definitions aren’t so different after all, and they are really talking about the same groups of people. If that is true, then this is where our moral outrage is found, and where our faith and belief in a message preached by Jesus come into being.

Taking a stand is not always easy; it provokes uncomfortable questions and discussions, but means you pick up the issue, critically investigate it, and then come to an opinion. If needed, you speak out, sometimes in public or sometimes behind the scenes (if you’re acting in an advisory role). So what might this mean for Christians? Well, I think it means the need to stand up for justice at all levels, whether it’s fighting for consumer regulations that would protect the future wellbeing of fellow citizens from the economic crashes; or making choices that protect our environment and climate; or calling out systems that prioritise the needs of the rich over and above the rest of society, particularly when those systems are dismantling a social safety net that was designed to support people in urgent need. Dr King coined it best by saying: “There is nothing more dangerous than sincere ignorance and conscientious stupidity.” Let me tell you, there is a link between systems and structures that sustains injustice in communities at home and abroad, and things will only change if we call for it and the actions follow. These collective actions move the arc of the moral universe, and they remind us why connecting the world is so important. The interconnectedness of our world doesn’t just work for business and commerce; it also works to connect movements and global struggles.

The true lesson Martin Luther King teaches is the exact opposite of what many take away from hearing the words: “The arc of the moral universe is long, but it bends towards justice” because that arc doesn’t bend on its own. It takes effort. It takes action. It takes sermon after sermon, rally after rally and march after march. It takes public pressure and public demonstrations of solidarity; it takes time and it takes energy to live out loving our neighbours. It takes a firm commitment by the people – that’s you and me – our communities, our churches, our generations. We have many social and moral problems to solve, and the direction of the arc will hopefully continue upwards long after our era. We are by no means at the apex, but there is much evidence to support the fact that Dr King was right: the arc of the moral universe really does bend toward justice – so keep bending! 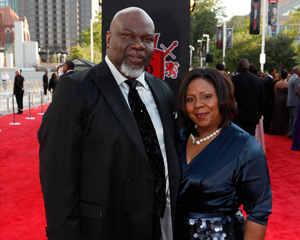 Me, Too! – Let’s talk about the misogynist within! by Dionne Gravesande