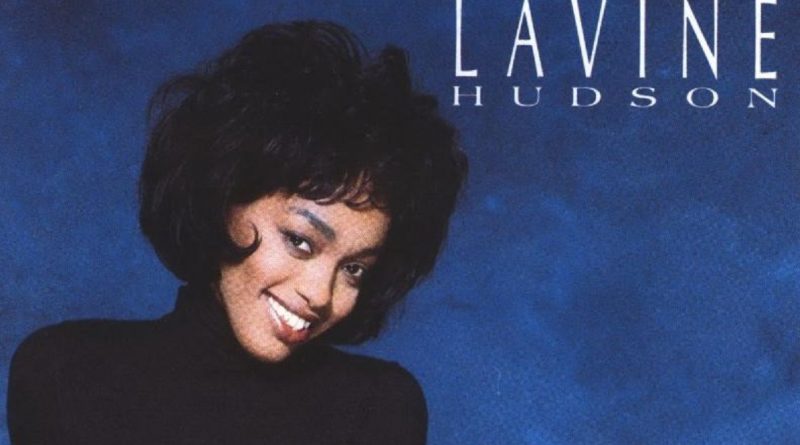 Mourners will be led by the Hudson family who will be joined by extended family, friends and supporters who will show their final respects to this talented singer.

Tributes have been pouring in for UK gospel pioneer and legend Lavine Hudson following her death on 6th April 2017 after a long battle with lupus. She was aged 55.

The south London born singer made history when she became the first British, female gospel singer to get a solo record deal with a secular record company when she signed to Virgin Records in 1987. She remains the only UK female gospel artist to do so.

Artists who paid tribute to Lavine exceptional talent and achievement include Bazil Meade, director and co-founder of the London Community Gospel Choir. He said, “Lavine made an outstanding impact on the secular music scene when she emerged from singing church circles in the 1980s. Lavine’s vocal style was soulfully Gospel with a contemporary edge which I believe encouraged a record company deal which was a tremendous achievement.”

He added, “The illness that put a sudden stop to her musical rise and took her away from the public spotlight has robbed the world of a very special talent and years of God inspired music.   Her faith in God was the source of her talent.   We who shared the stage and church services with her will feel the loss greatly as she was an outstanding talent.”

Muyiwa Olewaju, Station director of Premier Gospel shared: “Lavine broke barriers in the record industry that many UK artist now benefit from. Her talent is unparalleled and caught the attention of the greatest industry critiques. She also possessed herculean strength that allowed her to break ground for many of us and fight sickness for years. Lavine’s epitaph will read for all to see, every gospel singer that’s engaged by the music industry will carry it whether they know it or not. Goodbye our Gospel Rose, your candle burnt out long before your legend ever will”

Nicky Brown, was a teenager when he worked as a producer on Lavine’s breakthrough album, Intervention. “I was impacted by Lavine before I was even a teenager hearing her sing in her father’s church with such amazing brilliance. She was a super confident amazingly talented singer and songwriter and what most people don’t know, she was also a musician and was wowing us and all the guests that would come to our church on a regular basis. Her dad took a keen interest in my musical progress and made a plan that we should work together and that is how my professional career started.”

He continued, “She handled her sickness with grace and dignity. She never blamed God for anything she went through but seemed to pray more and trust in the Lord more. Also whilst she was sick she got a feeling of who she loved because those were the people she constantly talked about and asked for. From an artistic point of view she’d call me and ask her brothers to tell me that she was gonna get better, she’s gonna get back in the studio and record all the songs she’d been dreaming about and writing.”

Lavine Hudson on People Get Ready

Lavine Hudson is one of six siblings, born on 26th June, 1961 to the late Rev Austin Hudson and his wife Elaine. She honed her talent within Church of God of Christ UK, playing the piano and guitar.

She always harboured a desire to sing and at 16 joined UK gospel group The Harmonisers. In pursuance of her dream to be a professional artist, singing gospel music Lavine won a scholarship to the Berkley School of Music in Boston, Massachusetts.

Upon her return to the UK, Lavine’s reputation grew and soon after winning a talent competition in The Voice newspaper signed a deal with Virgin Records. She was also featured guest on flagship UK gospel show People Get Ready, alongside Bishop John Francis and other gospel luminaries of the 1980s.

Intervention, Her debut album on Virgin was released in 1988. It featured US gospel artists time Marvin Winans, The Clark Sisters and Derek Brinkley and peaked at no 19 on the US Billboard Gospel charts.

Her second album for the label was Between Two Worlds.In the 1990s Virgin was bought by EMI, and Lavine deal with the label ended.Lavine was diagnosed with Lupus in 1992 an illness which greatly curtailed her efforts to pursue her musical ambitions.Her family looked after her during the latter years of her illness.

Despite her illness, Lavine maintained her faith and listened to Premier Radio and Premier Gospel religiously, gaining great comfort and encouragement from the shows. 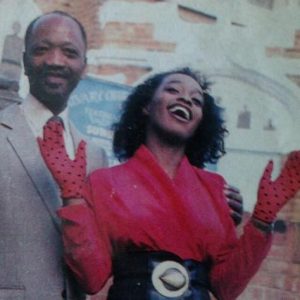 Tim Hudson, Lavine’s younger brother commented “I guess I was privileged to be the first person to sing duet with Lavine in Church while she played the guitar and I the Xylophone.

In 1988 Lavine birth name Lavinia handed me a white tape cassette with black writing on it with the title album titled “Intervention” I was in a bad place in life and she made the statement “you know the right way and what you should be doing”. I took the cassette and went back into my abode to listen to her album. I was blown away and troubled to hear the song Prodigal boy. From then I became her number one fan.”

Image:  Lavine with her father

“I had the privilege to listen to all of her unreleased music and constantly reminded her of her achievements with concerts and career attainments. I followed her to award ceremonies with dad and competitions which she won even in her sick condition. I have much to say but find it hard right now as my heart is heavy.”

Lavine is survived by her mother, 5 siblings, nieces, nephews and grandnieces, and grandnephews.