CEO’s of City Missions across five continents gather together to consider how best to respond to the changing landscape of cities and migration.

In the 1960s two thirds of the population of the planet lived in rural areas, but by 2030, 80% of us will be living in a city. This dramatic increase has caused City Missions across the world to reflect on the best way to reach out with the gospel and serve the needs of their ever-changing communities.

“In a time when the migration of both refugees, asylum seekers and internally displaced peoples is on the rise, it’s important to understand and share how we can best minister amongst them. There was a real sense of gospel unity as we met to discuss how we could work together and we were challenged by God’s Word to see the wonderful gospel-opportunities of migration.”

Terry Durose, Chairman of the British Association of City Missions and CEO of Manchester City Mission, reflects on the lasting impact of the conference: “The theme for the Worldwide Forum, ‘Mission in a Moving World’ was highly relevant since virtually every city represented has experienced the impact of migration.  The content of the teaching was exceptional and challenging, helping us to embed our understanding of migration in the biblical truth that migration is an amazing opportunity for mission! The conference underlined my conviction that the city mission movement is a genuinely worldwide move of God.”

Graham Miller went on to say, “Christians have a significant role in bringing hope to a broken world at a time when political forces are driving global polarisation between rich and poor – we can reach across divides and bring unity. Acts 1:8 reminds us to be Christ’s witness, to all people which will sometimes require us to step outside of our comfort zones.”

London City Mission produced a small guide, Welcoming Refugees and Asylum Seekers, for delegates of the conference. This is available to download free at www.lcm.org.uk/worldwideforum. 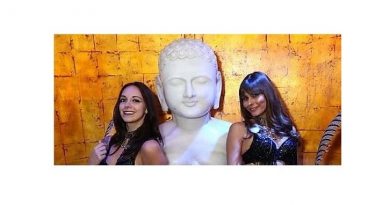