To mark 60 years of Christian Aid Week the leaders of the major UK-wide political parties Theresa May, Jeremy Corbyn and Tim Farron have written articles in the Church Times outlining their views on Britain’s role in the world covering issues including the aid budget, the refugee crisis and helping to eradicate global poverty.

The articles are included below and are available online at www.churchtimes.co.uk.

Leader of the Conservative Party, Theresa May

The United Kingdom can be proud of its record as an international aid superpower. We were the first G7 country to meet the UN target of spending 0.7 per cent of gross national income on international development, and our work is an example to the world.

Our commitment to helping the most disadvantaged people in the world says something important about Britain. It says that we are a kind and generous country that will never turn its back on those in need. We will always meet our commitments to the world and particularly to those who desperately need our support.

It is also in Britain’s clear national interest to act before problems overseas grow and threaten us here at home. Disasters, conflicts and diseases don’t pay attention to national borders.  That is why if I and my team form the next UK government, the 0.7 per cent commitment will remain and we will look at how to spend that money in the most effective way.

As the UK forges a new role for itself in the world outside the EU, we will seize the opportunity to build a truly global Britain. Our work in the field of international aid will be a major part of that effort.

From alleviating the suffering of refugees from the crisis in Syria, tackling the scourge of famine around the world, and building a viable and stable Afghanistan to fighting malaria, responding to natural disasters and leading the world in the battle to eradicate violence against women and girls – UK aid is saving and improving lives around the world.

That is a record of which we can all be proud and one which as a country we must build on in the future.

We have heard a lot about Britain in the general election campaign. About our place in the world, particularly in light of Brexit, and about British values.

A British value I have tried to live my life by is that we look out for those less fortunate than ourselves. I believe there is a simple moral case for it and the morality of continuing our support for the most impoverished people on the planet is unarguable.

Or at least, it should be. Sadly there are those in the Conservative Party, not least the International Development Secretary herself, for whom international development seems to invoke some kind of moral terror, balking at the notion of giving to the most needy.

This stands in contrast to the thousands of churchgoers organising events and fundraisers during Christian Aid Week. This is not because they think Britain should be doing less, but because many feel we should be doing more.

As part of our proposals for an ethical foreign policy, a Labour government will never undermine the duty we have to help developing nations build their economies, root out corruption and tax evasion, and lift people out of poverty. We should lead the world in having a positive contribution on the world’s poorest, and we should be proud to provide people across the globe with a sense of dignity and humanity.

There are those who try to claim that in these times of so-called austerity, we have no choice but to pull up the drawbridge and only look after our own.

But it is also wrong because the debate between overseas aid and domestic policy is bogus. The two are not mutually exclusive. We can transform our own society and help others transform theirs.

Not only this, but we should use our global influence to focus on the root causes of mass impoverishment. I want Britain to be a world leader in creating job opportunities, encouraging renewable energy schemes and improving governance and in turn, to reduce the need for aid in the first place.

Emboldened by sensationalist and downright immoral newspaper headlines, the Secretary of State has suggested using our aid budget as leverage for post-Brexit trade deals. Labour would never be so morally bankrupt as to play politics with our human duty to help those in need.

We have to ask ourselves, what kind of country do we want to be? One that is insular, cynical and dominated by corporate greed, or one that is committed to building positive relationships and improving the lot of the world’s least fortunate? We must defend the values we hold most dear and treat our global neighbours as we would expect to be treated ourselves if the roles were reversed.

Investing money in reducing and eradicating poverty around the world should never just be seen as an international obligation or a security measure. It is, and always will be, a moral issue, coming from our gut sense of compassion and our belief that we cannot sit by and ignore the injustice of a world of such inequality and poverty.

As Christians we recognise that this gut reaction comes from more than just our own thoughts and feelings but also from a sense of being called to love our neighbour, wherever they may be; whether in the next door flat or the other side of the world, in a favela in Brazil or a village in Ghana. There is an inner part of us that knows this injustice is wrong and knows that we must be part of the solution.

We owe a huge amount to the many faith-based organisations and missionaries who have led the way on being the solution, often partnering with local people or churches to get alongside those suffering to meet their needs.

But with more than 1.3 billion people worldwide currently living in extreme poverty, it is essential that the Government plays its role too. Government spending is always a question of priorities. We have many needs of our own in the UK – and I have recently announced my plans to add a penny on income tax to fund our over-stretched NHS and protect schools funding, for example – but it would be wrong to fail to recognise how our standard of living and opportunities compare to many of those in great need in other countries.

I was incredibly proud when we passed a Liberal Democrat led private members’ bill committing Britain to spending 0.7% of national wealth on foreign aid during the Coalition years. This must continue. But we must not think that simply committing to funding means that our responsibilities towards those in poverty have been discharged. The way we respond to those in need goes beyond this – it’s how we treat people, it’s in welcoming refugees and it’s being prepared to work together with other nations. We must always be relational, remembering that behind the statistics are people – our brothers and sisters – who we may never meet but are still called to love.

“It’s evident that the British public cares deeply about Britain’s role in eradicating poverty around the world. Tens of thousands of people up and down the UK are proudly showing their support for Christian Aid Week, as they have done for 60 years.

“As Christian Aid’s Chair Dr Rowan Williams said, our aid budget should be worn as a badge of honour. Yet tackling the deep-seated, root causes of poverty goes beyond aid, beyond charity, and takes long-term commitment not just for this election, but for the next Parliament and beyond.

“We thank the leaders of the major UK-wide political parties for their commitment to continuing to play a courageous role in international development, and urge all voters to consider these issues as they cast their ballots.”

This year, Christian Aid marks 60 years of Christian Aid Week and is inviting people to join them in standing in solidarity with refugees around the world.  People can help to change the lives of refugees fleeing conflict and crisis by donating online at www.caweek.org or texting ‘GIVE’ to 70040 to give £5. 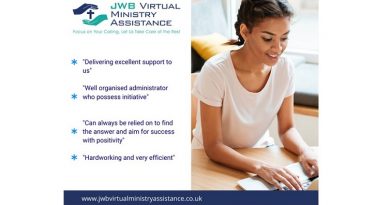 Church Admin At No Cost