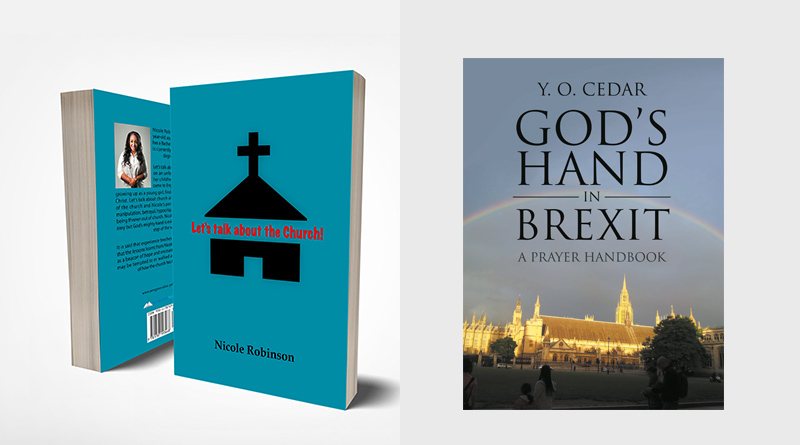 Following Brexit, Y. O. Cedar felt that God had called her to write to align the United Kingdom “to its God-given identity and purpose.” Her new book, ‘God’s Hand in Brexit: A Prayer Handbook’ (published by AuthorHouse UK), is a response to that calling, and was written to motivate people to pray.

Cedar writes that God has a plan for the United Kingdom through prayer. She argues that He wants people to live more wholesome lives, and prayer is the key to achieving that social reformation. Rather than focusing on the details of leaving the European Union, the book gives readers “spiritual truths” to encourage readers to pray for the nation to be united and come back to God.

“It’s time for the Church to awaken from passivity and demonstrate the power of God’s love, power and truth in society, displacing darkness, wickedness and depravity,” Cedar says. “Due to the huge moral decay in society, many people have become slaves to sin and wickedness, and people have been robbed of their true identities as children of God, therefore living unfulfilled lives. This book is for those who are sick of the norm.”

About the author: Y. O. Cedar is a mother of two children. She encountered Christ Jesus on January 1, 2000 after a life of promiscuity. She is an ordained licensed minister at Christians International Europe Apostolic Network (CIEurope). She is the founding director of Britain’s Prayer Court.

Available at Amazon, Barnes & Noble and at www.godshandinbrexit.com

Let’s talk about the church! By Nicole Robinson

When will somebody tell the truth about what really goes on at church?

The harsh reality is that if you stick around long enough, you will understand why it is said that the ‘judgment must begin at the house of God’ (1 Peter 4:17).

Let’s talk about the church! takes you on an unforgettable journey into Nicole’s childhood in Jamaica; how she came to England; her struggles with growing up as a young girl; finding Christ and living for Christ. Let’s talk about the church! also explores the realities of the church and Nicole’s personal encounters with manipulation, betrayal, hypocrisy, jealousy, deception and being thrown out of church. This book provides the truth about the issues in the church and how they impacted on her Christian walk, because she did not have a personal relationship with Jesus Christ. It explores how many pastors misrepresent God and use His Name to manipulate and to take advantage of the vulnerabilities of those who come to church in search of a breakthrough in their lives.

Nicole’s journey has not been easy, but God’s mighty hand is evident upon her life, every step of the way.

Nicole Robinson is a twenty-three-year-old aspiring entrepreneur who has a Bachelor’s degree in Drama and is currently completing a Master’s degree in Playwriting. She is an author, actress, director, playwright, praise dancer, drama teacher, the proud owner of The Nicole Robinson Theatre Company, and businesswoman. She is not only a daughter but a sister and a wife, who enjoys travelling, spending time with her family and loves fashion.

Let’s talk about the church! is published by New Generation Publishing, RRP £8.99.

Currently available on Amazon, online and at all good bookshops.