The story of James Fortune is one of redemption and faith, but perhaps the most interesting aspect of his journey is his ongoing courage and resolve to seek forgiveness for one’s self.

Two Octobers ago, James Fortune was charged with physically assaulting his wife in their Texas home. This is how James recounted the incident to Essence Magazine: “As I’m sitting in the back of the cop car, I watch officers bring my children out of our home. My wife is at the hospital, where she reported my assault. We had just gotten back from a trip to South Africa. My wife and I had an argument, and I decided to physically remove her from our bedroom. In doing so, I assaulted her. I abused my wife physically. I pleaded guilty. There’s no excuse. Part of my probation was a group class with other men cited for domestic violence… That class changed my life.”

The road to recovery for James Fortune has been long and arduous, but his healing is marked by the release of his remarkable single, ‘I Forgive Me’, from his forthcoming release, ‘Dear Future Me’ – a miraculous and endearing testimony of God’s healing power. Says Fortune: “We’ve talked a lot about the importance of forgiving others – and that is something that can’t be overstated – but what I feel has been understated is the power and freedom that comes from being able to forgive yourself. We all make mistakes… sometimes big ones. Holding on to past mistakes, regrets and failures only taints and tarnishes every new thing that God wants to do in your life. I want the people of London to know that, even if you’ve made a mistake, your life is not a mistake. There is a future even after a failure, when you accept the grace and forgiveness of God, and look in the mirror and forgive yourself.”

James Fortune and FIYA (Free in Yahweh’s Abundance) have connected with fans, both in the USA and London, with chart-topping songs, ‘I Believe’ and ‘I Trust You’, both heartfelt testimonies to his unrelenting faith and willingness to follow God’s plan, despite his present circumstances. Now that determination is epitomised with the release of ‘I Forgive Me’.

Plans are under way for James Fortune & FIYA’s return to London. He often speaks of his special relationship with Bishop John Francis, in which James made an indelible mark on the heart and spirit of the people of London. James recounts his relationship with Bishop Francis this way: “It has really helped expand my ministry to an international platform. Because of my visit there, I was able to personally connect with Bishop Francis, and he came to my live recording for the album, ‘Live Through It’ and gave a powerful and life-changing word at that recording that ended up being a part of the double-disc CD.”

James Fortune characterises his relationship with the people of London as a viable and substantial part of his career: “It’s been a really great relationship. I really didn’t realise I had so many loyal followers and supporters in the UK, until I ministered there for the first time, and saw how many people there knew a lot of my songs word for word. I’ve really been blessed to connect with them on social media, as well as with live performances and appearances.”

The future looks bright for James Fortune & FIYA with the advent of his third release, ‘Dear Future Me’, through his label imprint, FIYA Music World, distributed worldwide through eOne Entertainment. Surely to be peppered with collaborations by top gospel guest artists, this project is destined to be his most impactful offering yet, perhaps with a special message to men. “God is calling for men to get on the front line and lead our families, churches and communities,” James replied, when asked how he would minister to the men of London, in terms of being vessels for God and the spiritual leaders of their families and communities. “It’s time for us to be the example for the younger generation on what real male leadership looks like. As men follow the heart of God, and passionately pursue His purpose, it will cause a revival to break out all over the world. Everyone else will follow the lead of God-fearing men of valour.”

Perhaps this can all be summed up in James Fortune’s own words in a recent talk he gave to 200 young men incarcerated at Harris County Juvenile Detention Center in Houston, Texas, USA: “I had to forgive myself. When I forgave myself, it didn’t matter what people had to say. We don’t have to be bitter. We can be better… we can be blessed.” 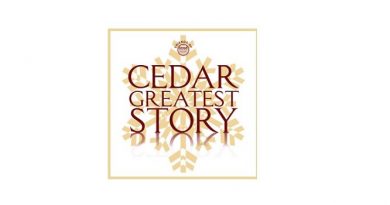 The Importance of Gospel Awards