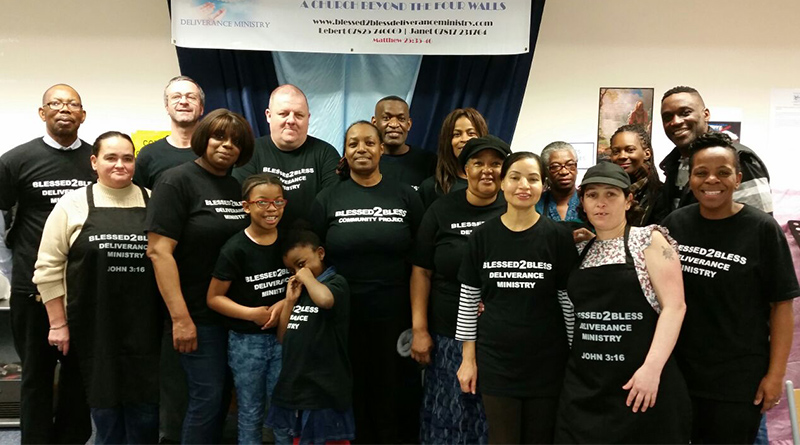 Blessed 2 Bless, an award-winning Community Interest Company (CIC) that has been changing the lives of marginalised people across the Midlands since 2015, is gearing up to stage its inaugural Gospel Factor talent show on July 15. The event, which the organisers anticipate will be the first of a major annual staple on the UK’s gospel music calendar, will be happening at the Bethel Convention Centre, Kelvin Way in Birmingham, beginning at 3pm until 9:30pm. A panel of judges, selected from among the UK’s best Christian music talent, has been assigned to choose the winner, who will receive a cash prize on the night.

Founder of Blessed 2 Bless, Lebert Dawkins, said: “So many times we expect and tell young people to do better, to stay out of trouble, and to drop certain habits, but often we don’t help them to replace those things with things that are better. The idea is to encourage them to showcase their talents, and we are putting on this event to recognise and celebrate their gifts.”

Lebert’s wife, Janet Dawkins, who also co-founded Blessed 2 Bless, added: “We’ve seen in recent years how community youth clubs have closed down. Our youth have so much talent, yet sometimes may feel they have nothing to contribute to society. The talent show will give opportunities for individuals to be creative, gain confidence and be empowered to use their talent. The show is open to anyone in the community, aged 8 to 25 years.”

Poets, choirs, dancers, musicians, soloists and singing groups are invited to enter and will need to submit a video audition. Full entry details are available on the company’s website: www.blessed2blesscommproject.com.

The Dawkins started Blessed 2 Bless in 2008 in response to a vision that Lebert had received from God, where he saw himself back in his hometown in Jamaica preaching the Gospel, and many people were responding. He also saw himself distributing food and clothes to what appeared to be thousands of people. Following the vision, Lebert and Janet began making plans to fulfil the vision. As a result, and inspired by Matthew 25:35-40—which talks about feeding and clothing the poor—and their desire to be Christ’s hands extended, Blessed 2 Bless was born.

Since then, the organisation has established several hubs across the West Midlands, from which it distributes clothes, quality used furniture, food parcels and prepared breakfasts and lunches. In 2009, Blessed 2 Bless organised the ‘Jesus For Jamaica Mission Trip’, which took 17 volunteers to work among the needy there. Many people received assistance and 113 people gave their lives to Jesus. Recently, Blessed 2 Bless has also started classes in basic maths at its Birmingham, Broad Street location.

“Seeing the difference that we have been able to make through all of the initiatives is tremendously rewarding,” Janet said. “And, for the Gospel Factor talent show in July, we are looking forward to an amazing day. There are lots of exciting things planned: stalls, great ministering and appreciation!”

Blessed 2 Bless was nominated and received an award in October 2016 for Community Project of the Year at the BEX Live Awards show.

Is Britain a Christian Country by Richard Reddie